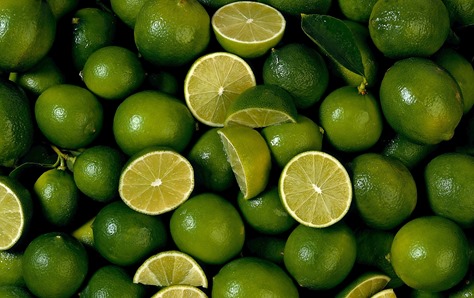 A lime (from French lime, from Arabic līma, from Persian līmū, “lemon”) is a hybrid citrus fruit, which is typically round, lime green, 3–6 centimetres (1.2–2.4 in) in diameter, and containing acidic juice vesicles. There are several species of citrus trees whose fruits are called limes, including the Key lime (Citrus aurantifolia), Persian lime, kaffir lime, and desert lime. Limes are an excellent source of vitamin C, and are often used to accent the flavours of foods and beverages. They are grown year-round. Plants with fruit called “limes” have diverse genetic origins; limes do not form a monophyletic group.

To prevent scurvy during the 19th century, British sailors were issued a daily allowance of citrus, such as lemon, and later switched to lime. The use of citrus was initially a closely guarded military secret, as scurvy was a common scourge of various national navies, and the ability to remain at sea for lengthy periods without contracting the disorder was a huge benefit for the military. The British sailor thus acquired the nickname, “Limey” because of their usage of limes.

Lime juice may be squeezed from fresh limes, or purchased in bottles in both unsweetened and sweetened varieties. Lime juice is used to make limeade, and as an ingredient (typically as sour mix) in many cocktails.

Lime pickles are an integral part of Indian cuisine. South Indian cuisine is heavily based on lime; having either lemon pickle or lime pickle is considered an essential of Onam Sadhya.

In cooking, lime is valued both for the acidity of its juice and the floral aroma of its zest. It is a common ingredient in authentic Mexican, Vietnamese and Thai dishes. It is also used for its pickling properties in ceviche. Some guacamole recipes call for lime juice. 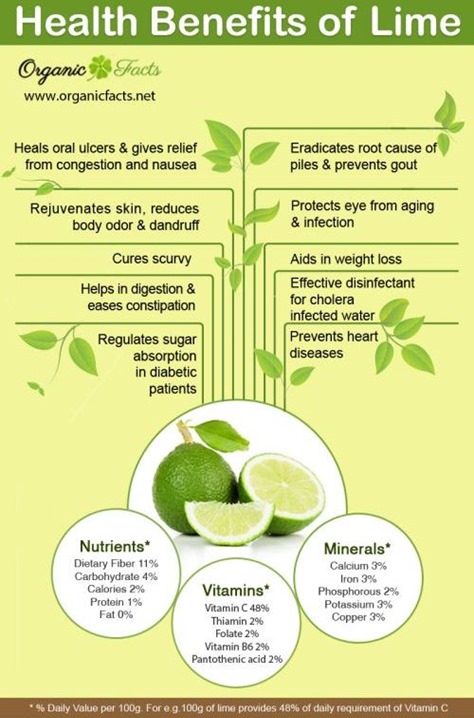 The use of dried limes (called black lime or loomi) as a flavouring is typical of Persian cuisine and Iraqi cuisine, as well as in Gulf-style baharat (a spice mixture that is also called kabsa or kebsa).

Lime is an ingredient of many cuisines from India, and many varieties of pickles are made, e.g. sweetened lime pickle, salted pickle, and lime chutney.

Lime is an ingredient in several highball cocktails, often based on gin, such as gin and tonic, the gimlet and the Rickey. Freshly squeezed lime juice is also considered a key ingredient in margaritas, although sometimes lemon juice is substituted.

9 thoughts on “The History of Lime”