A lot of the recipes found on blogs featuring historic recipes are found in these free books found on the net. The books on Google Books are not downloadable and has to be read on Google’s pages, but the books on archive.org can be downloaded in pdf and other formats.

APICIUS REDIVIVUS
or,
THE COOK’S ORACLE
published in 1817

THE FRUGAL HOUSEWIFE
or,
Complete Woman Cook
published in 1796

ENGLAND’S
NEWEST WAY in all
SORTS
OF
COOKERY, PASTRY
AND
All Pickles that are fit to be used
published in 1708

A
COLLECTION
Of above Three Hundered
RECEIPTS
IN
Cookery,
Physick and Surgery
Publshed in 1714

Sweet snacks with incredible flavour. Everyone will want to dig in when you open up a jar of these homemade treats. 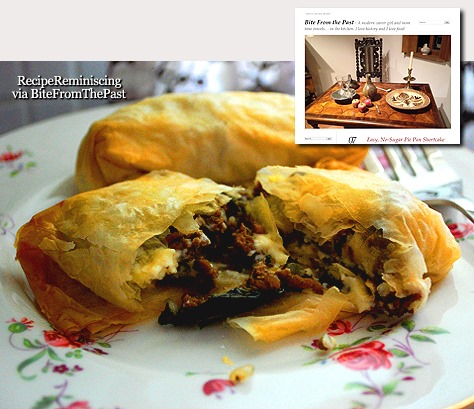 The Girl who runs Bite From The Past writes: Bonnie Wise, one of the organizers of the festival and a member of the Jane Austen Society of North America, was kind enough to answer a few questions for me via email-and to send me two recipes for afternoon tea. Bonnie said this recipe is based on one found in Victoria Magazine called TeaTime Bliss. 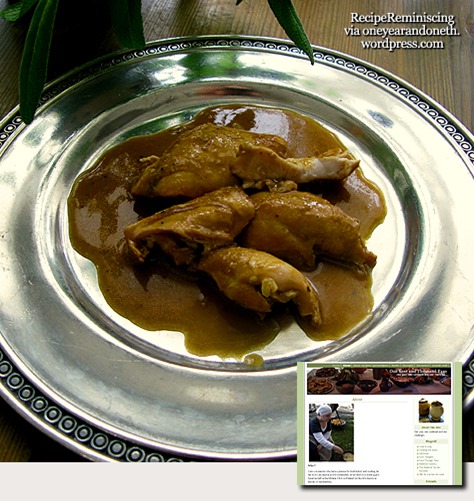 Saara who runs One Year and Thousand Eggs writes: You can use the whole chicken with giblets if you desire. If you do so, chop the chicken into quarter. About 400 g chicken with the bones should be enough per person. I used legs because they are cheap and easy to get hold of. 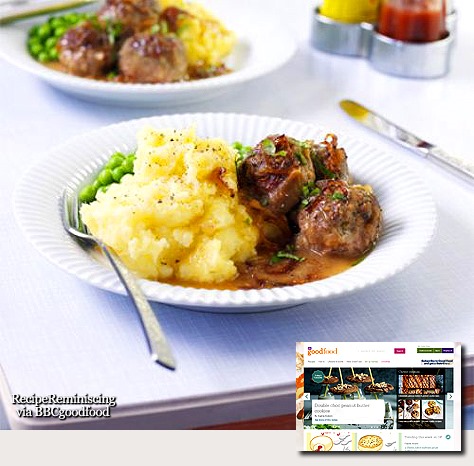 Just to clearify: Faggots are a traditional dish in the UK, especially South and Mid Wales and the Midlands of England. It is made from meat off-cuts and offal, especially pork. A faggot is traditionally made from pig’s heart, liver and fatty belly meat or bacon minced together, with herbs added for flavouring and sometimes bread crumbs.

Faggots originated as a traditional cheap food of ordinary country people in Western England, particularly west Wiltshire and the West Midlands. Their popularity spread from there, especially to South Wales in the mid-nineteenth century, when many agricultural workers left the land to work in the rapidly expanding industry and mines of that area.

Faggots are also known as “ducks” in the Yorkshire, Lincolnshire and Lancashire, often as “Savoury Ducks”. The first use of the term in print was in the Manchester Courier and Lancashire General Advertiser on Saturday June 3  1843, a news report of a gluttonous man who ate twenty of them. 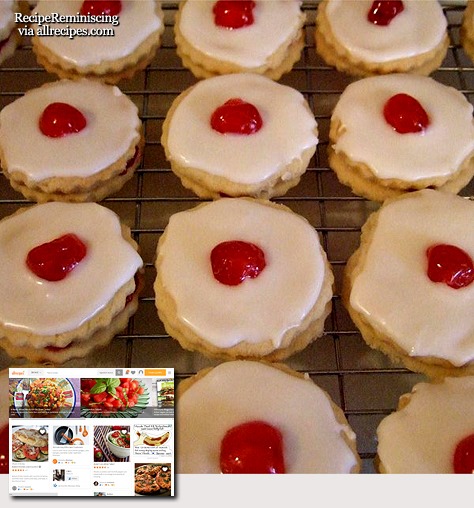 This shortbread cookie is a traditional Scottish recipe. These are round cookies sandwiched with jam and topped off with a delicious icing and a cherry. 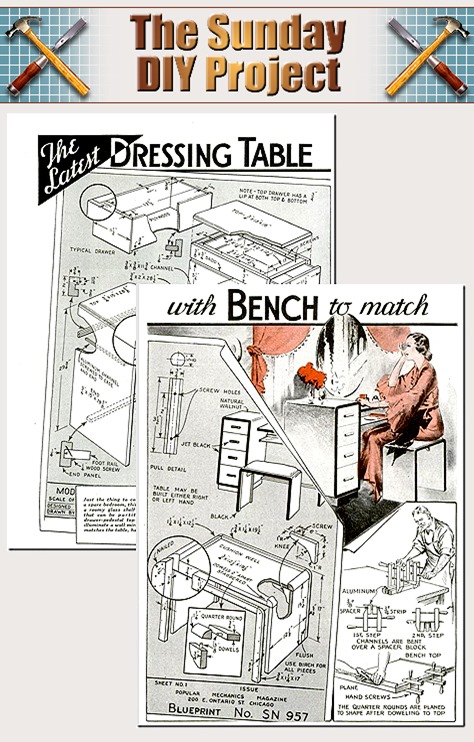 I owe you to mention that this dressing table was the latest fashion back in the early forties, but if you are fascinated by the styles from that periode this might be just the project for you. The plans was published in Popular Mechanics Magazine in 1940 and you can download the plans in pdf format by clicking the icom below – Ted

This traditional Norwegian dish is incredibly delicious winter food! Pork knuckle is very easy to prepare and if you cook the knuckle the night before you’ll use max 20 minutes to cook this delicious dinner.

A traditional pasty recipe with a modern twist
found on about.com/food/ 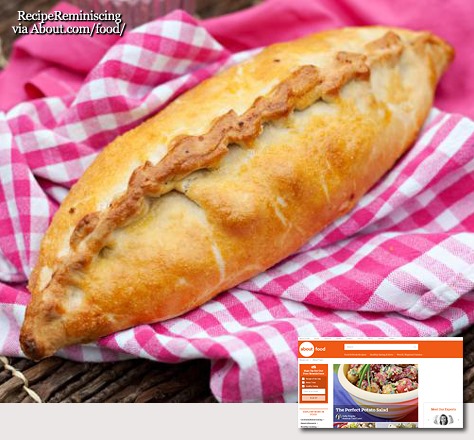 A traditional pasty recipe will invariably contain meat but a delicious alternative is a Crab and Prawn Pasty. This pasty recipe is light yet very nutritious with such a lovely filling. Buy fresh crab meat when possible, if not, tinned white crab meat is also excellent.

Mr. PiBB was born in the summer of 1972 after The Coca-Cola Company had the intention of creating a drink that would rival the growing success of Dr Pepper in Southern markets.  After losing a law suit filed by Dr Pepper manufacturers who disputed Coke’s original use 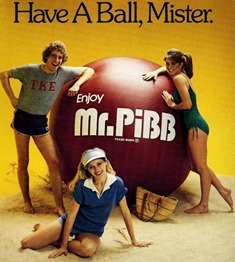 of the name “Peppo,” Coke settled on the name “Mr. PiBB” for important brand-identification purposes.  A combination of an abbreviated formal title and a one-word surname would serve the purpose of helping consumers associate the new product with the “Dr Pepper-type” flavor.

On June 28, 1972, Coke began test-marketing Mr. PiBB in Dr Pepper’s own backyard (Time, July 3 1972, pg. 40).  Among the first cities chosen were Waco and Temple, Texas and Columbus, Starkville and West Point, Mississippi.  The following week, the new product was introduced in Texarkana, Texas and within a couple of months, Mr. PiBB appeared in Houston, Galveston, and Tyler, Texas.  Later that year, they extended distribution to include some Southern and Mid-Western states (Arkansas, Tennessee, Kansas and Georgia).

Within a couple of years, Mr. PiBB was available in most states East of the Mississippi River and some West-Coast states including California, Oregon and Washington.  Even though Mr. PiBB was unable to equal the overwhelmingly tremendous popularity of Dr Pepper, Coke was able to gain valuable soda market-share points during this time through the introduction of the new brand.

In the first several years of Mr. PiBB’s existence, Coke placed the description, “Blended Flavored (Cherry and Other Flavorings) Carbonated Beverage” on all Mr. PiBB products for consumer identification purposes.  Mr. PiBB was first marketed with the slogan “It Goes Down Good,” which was printed on the original brown and yellow steel cans and point of sale (POS) promotional materials.  Some other advertising pieces during this time included variations of the slogan, namely “With the Easy Taste that Goes Down Good,” and “Smooth and Easy It Goes Down Good.”  “Rise Up With Mr. PiBB” was also used.

meet sales goals, set up displays and successfully merchandise the product.  For more information about the “Private Air Force” promotion, and the Mr. PiBB hot-air balloon flown during the drink’s introduction, click here.

In 1975, Coke changed the color of the Mr. PiBB can to red.  This was due to consumer preference research which concluded that the original brownish color used gave off the impression to the consumer that Mr. PiBB was a form of root beer, a dangerous marketing mistake since Coke’s goal was to capitalize on Dr Pepper’s taste distinction. 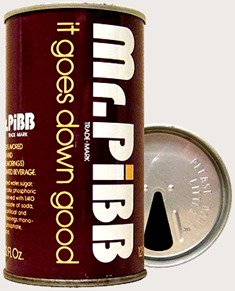 events and Joie Chitwood stunt shows with hopes of picking up greater market share in one of the most important regional markets for spicy cherry soft drinks – the US South. There was a sharp increase in print, television and radio advertising, using new slogans such as “Have A PiBB Mister.”

In April 1980, Coke, intending to increase sales, redesigned the formula of Mr. PiBB and marketed cans and packaging with “New Taste” printed in bold yellow lettering.  Coca-Cola conducted the “1980’s: A New Taste Odyssey” sweepstakes for their employees to encourage field support of the improved product.  For complete details about Mr. PiBB’s new taste and the sweepstakes, click here.

However, Mr. PiBB was never able to threaten the predominance of Dr Pepper, which was a “first-to-market” product, establishing

primary name-recognition among consumers in the “cherry-flavored” soft drink category.  Dr Pepper had almost a 100-year head start to win over the minds of the average drinker.  Some industry estimates have had Dr Pepper outselling Mr. PiBB at a ratio of 17-to-1 (much of this disparity, though, is due to Mr. PiBB’s non-national distribution).

In the early 1980’s, Coke realized an opportunity to form a strategic partnership with the Dr Pepper Company which exchanged use of superior Coca-Cola bottling facilities for a share in Dr Pepper sales profits.  Only in regions of the country where Pepsi or 7up outbid Coke for this right did Coke resort to the production of Mr. PiBB.  This limited production meant less time and energy spent by Coke on marketing for Mr. PiBB, which explains why Mr. PiBB promotional material and packaging from the 1980’s and beyond is more difficult to find today.

The original Mr. PiBB logo – referred to as “Generation 1” – that was created in 1972 was used for over 18 years.  With exception of a few color changes and the use of just “PiBB” in the late 1970’s and 1980’s, the font and style remained the same.  In 1991, Coke decided to redesign the Mr. PiBB logo (Generation 2).  This was a very short-lived design because of a law suit filed in late 1992 which alleged that the new diagonal styling on cans and bottles looked too much like Dr

Pepper’s.  It was soon replaced by a new, fancier design in 1993 (Generation 3).  The next year, the Mr. PiBB head character was added to the 1993 design (Generation 4) which again, only lasted for a couple years.  It was at this time when the slogan “Put it in Your Head” was introduced and Coke placed Mr. PiBB in McDonald’s fountain drink accounts nationwide.  The Generation 5 design was adopted in 1996 (with minor revisions in 1998) and retained the “Put it in Your Head” concept. 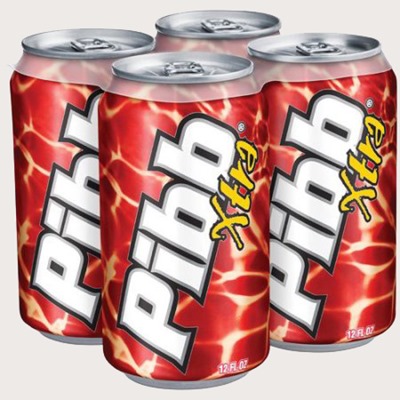 On June 26, 2001, the history of Mr. PiBB took yet another dramatic turn.  The Coca Cola Company introduced a new version of Mr. PiBB – “Pibb Xtra” – into several Texas test-markets, including Houston and Dallas.  Several months later, Pibb Xtra made its way into other states, namely Kansas and Missouri. Currently, the new version exists in multiple prominent bottling territories.

I know white bread is not considered the healthiest of pastries, but you got to admit it tastes great. A fresh cup of Assam and a decent blue cheese on fresh white bread. That’s a little piece of everyday magic, if you ask me – Ted  😉

I bought this book in a used book shop here in Oslo the other day. I didn’t check it very thoroughly, just made sure there was lots of colour phictures. When I got home and started to scan the book I realised that the recipes and the pictures were not on the same page at all. Irritating of course, it makes scanning a lot more time consuming.

A quick and simple foil pack recipe found on tasteofhome.com 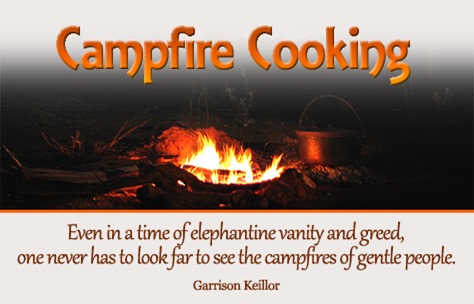 Aluminium foil is an absolute must when packing for a camping hike. Whether you packed a small gas cooker or you plan to do all your cooking on the campfire the foil will provide an easy and carefree way to prepare hot food. More recipes using foil will follow in this series – Ted  🙂 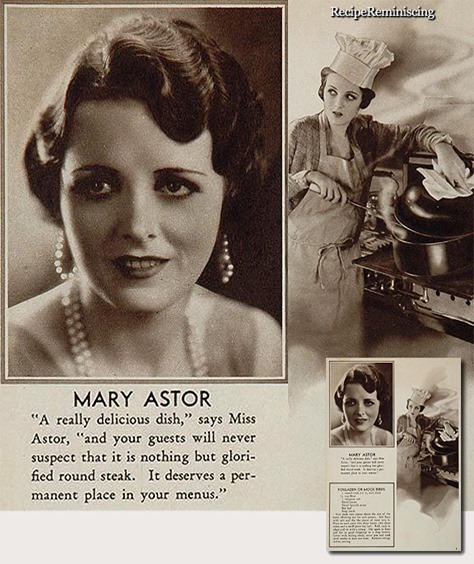