HP Sauce is a brown sauce originally produced by HP Foods in the United Kingdom, now produced by the H. J. Heinz Company in the Netherlands. It was named after London’s Houses of Parliament. Since

its first appearance on British dinner tables, HP Sauce has become an icon of British culture.  It was the best-selling brand of brown sauce in the UK in 2005, with 73.8% of the retail market.

HP Sauce has a tomato base, blended with malt vinegar and spirit vinegar, sugars (molasses, glucose-fructose syrup, sugar), dates, cornflour, rye flour, salt, spices and tamarind. It is used as a condiment with hot and cold savoury food, and as an ingredient in soups and stews. It is also popular in Canada, Ireland, Australia, and New Zealand.

The original recipe for HP Sauce was invented and developed by Frederick Gibson Garton, a grocer from Nottingham. He registered the name H.P. Sauce in 1895. Garton called the sauce HP because he had heard that a restaurant in the Houses of Parliament had begun serving it.  For many years the bottle labels have carried a picture of the Houses of Parliament. Garton sold the recipe and HP brand to Edwin Samson Moore for the sum of £150 and the settlement of some unpaid bills. Moore, the founder of the Midlands Vinegar Company (the forerunner of HP Foods), subsequently launched HP Sauce in 1903. In 2013, nearly 140 years since it was established, the Midland Vinegar Company Limited returned to the originators family, with Nigel Britton, great great grandson of the founders, now being the owner.

For many years the description on the label was in both English and French. The factory in Aston, Birmingham, was once bisected by the A38(M) motorway and had a pipeline, carrying vinegar over the motorway, from the Top Yard to the main Tower Road factory site. The Top Yard site was subsequently closed, and vinegar was not brewed on the Aston site during the last few years of production there.

HP Sauce became known as “Wilson’s gravy” in the 1960s and 1970s after Harold Wilson, the Labour Prime Minister. The name arose after Wilson’s wife, Mary, gave an interview to The Sunday Times in which she claimed “If Harold has a fault, it is that he will drown everything with HP Sauce”.

The brand was passed from the Midlands Vinegar Company to Smedley HP Foods Limited, acquired by a division of Imperial Tobacco, then sold to the French Groupe Danone SA in 1988 for £199 million.

In June 2005, Heinz purchased the parent company, HP Foods, from Danone. In October of that year the United Kingdom Office of Fair Trading referred the takeover to the Competition Commission, which approved the £440 million acquisition in April 2006.

Panic spread across the UK as it emerged that the much-loved yeast extract Marmite was at risk of being removed from the nation’s supermarket shelves. But what is the story behind this most British of brands?

The product that has been loved and hated around the world for more than 100 years was actually discovered by chance by a German scientist called Justus Liebig.

In the late 19th Century Liebig stumbled across the delicious realisation that brewer’s yeast could be concentrated then eaten. Yum. Not long after, in 1902, the Marmite Food Company was founded in Burton-upon-Trent, Staffordshire – a place where the raw ingredients were readily available from the town’s many breweries.

Proving its international status, the controversial condiment was named after a French cooking pot, because British Marmite was originally supplied in earthenware vessels of a similar shape.

Since the 1920s, Marmite has been sold in its distinctive bulbous glass jars, with a picture of a marmite pot on the red and yellow label a reminder of the origins of its name.

The brand is more popular now than it ever has been, but it had its heyday when it first came out because it was the only food at the time that could give people vitamin B.” 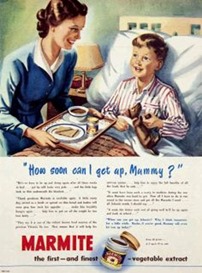 The early 20th Century saw Marmite become a classic British savoury treat as it was included in World War One rations. It would remain popular among troops and civilians alike in World War Two and beyond – it was sent out to homesick British troops in Kosovo in 1999.

The original recipe for Marmite contained yeast extract, salt, spices and celery. Later, folic acid, vitamin B12, thiamin and riboflavin – vitamins that occur naturally in some foods – were added in high concentrations, but the exact composition of the spread remains a trade secret.

The yeast extract became so popular the Burton factory could not keep up, so the company converted a former brewery in Vauxhall in London into a second plant. The smell from the site was said by one resident to be “disgusting” although the tangy whiff of Marmite-making is no longer an issue as the factory closed in the 1960s.

Today, the Marmite plant in Burton produces about 50 million jars a year, most of which are consumed domestically. While beloved of Brits – if not those who live within smelling distance of its production – the brand is not so popular in other parts of the world.

In 2011, Marmite was banned in Denmark because it fell foul of the country’s law restricting products fortified with added vitamins.

It can be almost impossible to find on the shelves of many foreign countries’ shops, and has been named as one of the top food items British people take abroad with them.

In 2000, as Marmite entered its third century of dividing opinion, the brand, which had been bought by CPC International Inc, merged with international goods supplier Unilever. But despite its status as being part of a vast multinational company’s portfolio, even today this most British of products is still made in Burton. 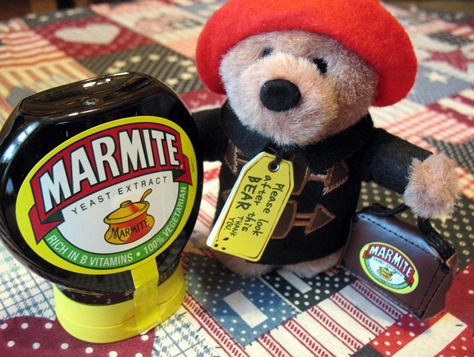 Residents remained so proud of the spread that in 2010 a monument, nicknamed the “Monumite”, was put up in the centre of the town, making Marmite quite literally an iconic product.

Mr Liebig, the lovers of Marmite salute you. Here’s to 100 more years of a love-hate relationship.

An article By Ellen Castelow, Contributing Writer at The National Federation of Fish Friers posted on Historic UK

Ahh…. Fish, chips and mushy peas! There is nothing more British than fish and chips. Freshly cooked, piping hot fish and chips, smothered in salt and soused with vinegar, wrapped in newspaper and eaten out-of-doors on a cold and wintry day – it simply cannot be beaten!

So how, when and where did this quintessentially British dish come about?

The potato is thought to have been brought to England from the New World in the 17th century by Sir Walter Raleigh although it is believed that the French invented the fried potato chip.

Both Lancashire and London stake a claim to being the first to invent this famous meal – chips were a cheap, staple food of the industrial 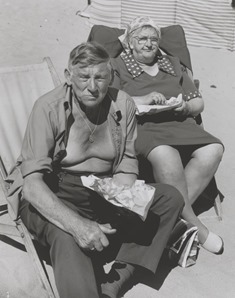 north whilst fried fish was introduced in London’s East End. In 1839 Charles Dickens referred to a “fried fish warehouse” in his novel, ‘Oliver Twist’.

The populace soon decided that putting fried fish and chips together was a very tasty combination and so was born their national dish of fish and chips!

However in London, it is said that Joseph Malin opened a fish and chip shop in Cleveland Street within the sound of Bow Bells in 1860.

Fish and chip shops were originally small family businesses, often run from the ‘front room’ of the house and were commonplace by the late 19th century.

Through the latter part of the 19th century and well into the 20th century, the fish and chip trade expanded greatly to satisfy the needs of the growing industrial population of Great Britain. In fact you might say that the Industrial Revolution was fuelled partly by fish and chips!

The development of the steam trawler brought fish from all over the North Atlantic, Iceland and Greenland and the steam railways allowed easy and fast distribution of the fish around the country.

Fish and chips became so essential to the diet of the ordinary man and woman that one shop in Bradford had to employ a doorman to control the queue at busy times during 1931. The Territorial Army prepared for battle on fish and chips provided in special catering tents erected at training camps in the 1930’s.

The fish and chip shop was invaluable in supplementing the family’s weekly diet in the Second World War, as fish and chips were among the few foods not to be rationed. Queues were often hours long when the word went round that the chip shop had fish!! On one occasion at Brian’s Fish and Chip Shop in Leeds, when fish was scarce, homemade fish cakes were sold – along with the confusing, and slightly worrying, warning: “Patrons: We do not recommend the use of vinegar with these fish cakes”!!

So are fish and chips any good for us, nutritionally? Fish and chips are a valuable source of protein, fibre, iron and vitamins, providing a third of the recommended daily allowance of vitamins for men and nearly half for women. Magnus Pyke cites it as an example of a traditional dish once jeered at by food snobs and even censured by health food devotees but now fully appreciated as a nutritious combination.

In 1999, the British consumed nearly 300 million servings of fish and chips* – that equates to six servings for every man, woman and child in the country. There are now around 8,500 fish and chip shops* across the UK – that’s eight for every one McDonald’s outlet, making British Fish and Chips the nation’s favourite take-away.