A recipe for some delightful Christmas brownies tine.no

Cut out pieces of brownie cake with a gingerbread cutters and make fun Christmas figures out of them. The hats consists of fresh strawberries sprayed with cream cheese. The children will guaranteed come to love these brownes!

The Hershey Company, known until April 2005 as the Hershey Foods Corporation and commonly called Hershey’s, is one of the largest chocolate manufacturers in North America. Its headquarters are in Hershey, Pennsylvania. It was founded by Milton S. Hershey in 1894 as the Hershey Chocolate Company, a subsidiary of his Lancaster Caramel Company. Hershey’s products are sold in over 60 countries worldwide.

A brownie recipe found in “Hershey’s Make It Chocolate!”
published by Hershey in 1987

Mint is I guess something one either love or hate. I have friends who can’t stand it, but for my part I love it in any form. Nothing beat a good book and a steaming cup of mint tea in the evening particulary when combined with a few thin After Eight mint wafers. A couple of these brownies would do nicely too – Ted

A nice twist on the brownies found on foodnetwork.co.uk 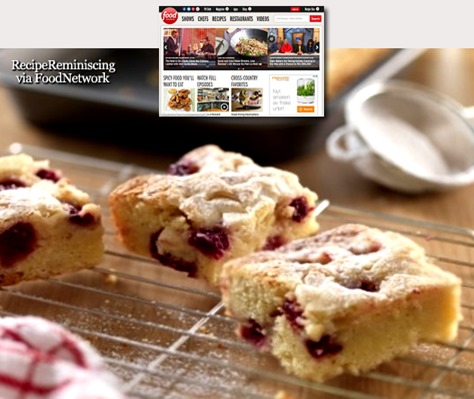 Is it just me, or does calling these delicious small cakes brownies sound a little off key. Whities would sit better with me  😉 Well, anyway, the combination of white chocolate and raspberries sounds just about great – Ted