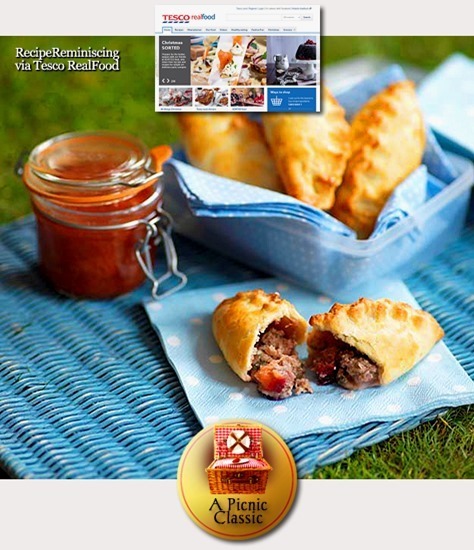 The time for picnics is really back again here in Norway, this week has almost been to hot for comfort. That means it’s time to make fresh lemonade, bake pastries, make sandwiches and get the picnic baskets out of the cupboards and head for a nice park or the woods. Marvelous way to share a meal if you ask me – Ted

The Romans liked condiments and they made many sauces for their food. One of the most common was a fish sauce called liquamen. The Romans also grew mustard and they introduced it into the parts of Europe they conquered. They also made mint sauce. 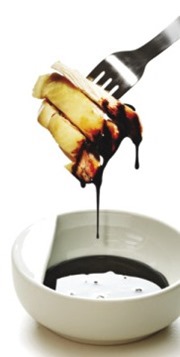 In the Middle Ages mustard was a popular condiment in Europe. At first English mustard consisted of coarse powder and it was not very strong. However in 1720 a Mrs Clements of Durham began making a much smoother mustard powder. When mixed with water to make paste it was very hot but it proved to be popular and Durham became a center of the mustard industry. (For centuries mustard was used as a medicine as well as a food).

According to one story a French chef first made mayonnaise in 1756. However there are many stories about where it comes from. Hollandaise sauce was also first recorded in the mid-18th century. Ketchup began life as a Chinese fish sauce called ke-tsiap. The name was gradually changed to ketchup and in Britain people added other ingredients instead of fish. In the 18th century they began adding tomatoes. Sauces similar to tartar sauce were made in the Middle Ages but ‘modern’ tartar sauce was first made in the 1800s

As well as sauces people have also looked for ways to sweeten their food. Since the time of the Ancient Egyptians and probably before people have kept bees for honey. Over 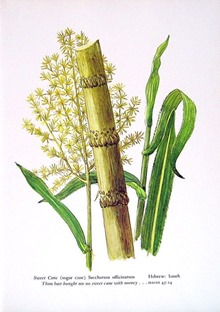 the centuries honey was very valuable and it was sometimes used as a currency or it was given as a tribute to a conqueror. Since ancient times people have also made an alcoholic drink called mead from honey.

Sugar cane first grew in South Asia. Later the Arabs and Europeans grew sugar cane. At the end of the 15th century sugar cane was taken to the New World. Sugar was first made from sugar beet in the 18th century. A German chemist called Andreas Marggraf was the first person to make sugar from beet in 1747. Saccharine was invented in 1879 by Constantine Fahlberg.

Red currents is very well suited for chutney with its pronounced and sour taste. Red current chutney is a spicy accessories for Asian food and tastes great alongside matured cheeses.

A delicious and refreshing salad from frukt.no 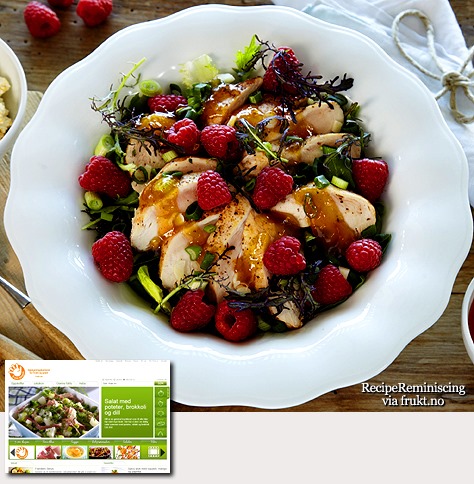 Raspberry, spicy mango chutney and chicken taste wonderful together in this simple salad. Server it for dinner along with some good bread one day you’re in a hurry.