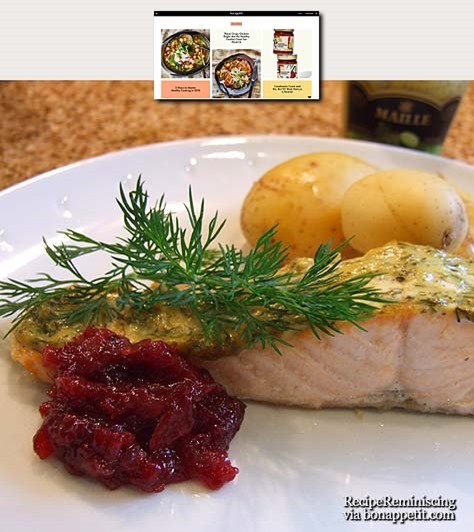 Egg salad is a classic that works just as well as sandwich spread, for the smörgåsbord or with cured meat or smoked salmon. Here it is made with mustard and spring onion for extra taste and it rounded off with a fresh taste of lemon. Try this the next time you invite guests or make it for the lunch box.

A lunch recipe found in “Krabbe” (Crab), an e-booklet
published by godfisk.no 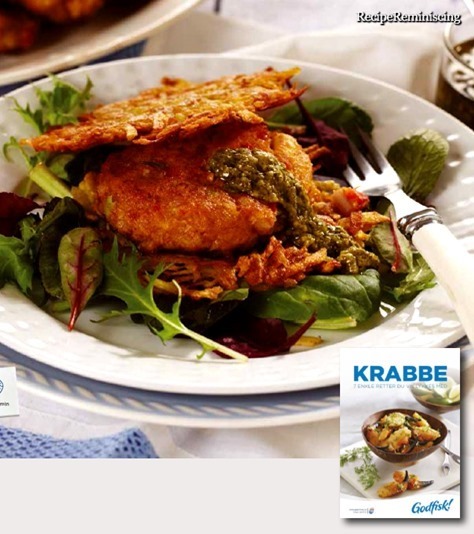 In most major food stores in Norway, you can get crab shells filled with crab meat. If you can’t get hold of this, buy two pre-cooked crabs and clean them yourself. 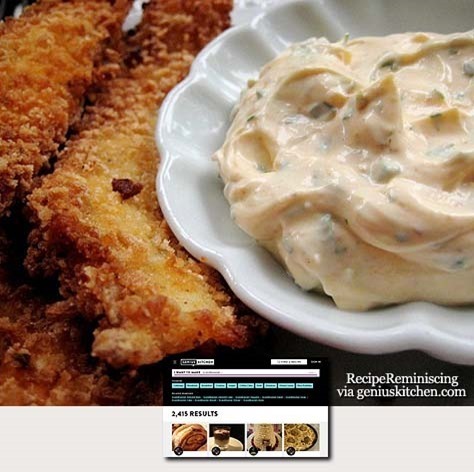 This sauce is delicious with all kinds of things! Shrimp, chicken, sausages….there is no end to its uses!! Plus it is quick and easy to whip up in no time! Remoulade originated from France, But has been common in Scandinavia since the he end of the 19th century at least. It is particularly nice with deep fried plaice together with cucumber salad and boiled potatoes.

A salmon dish for the Christmas buffet found on kiwi.no

Salmon has a natural place at Christmas for many Norwegians. Either served traditionally with cucumber salad, sliced carrots, sour cream and boiled potatoes on Christmas Eve, or as an appetizer or part of the Christmas buffet like here.

The amount of sauce is generous in this recipe because it is nice to have some for the pork when it is served. To get a little smokey flavor, a handful of wet hickory chips can sprinkled on the coals.

A canapé recipe found on BBCgoodfood 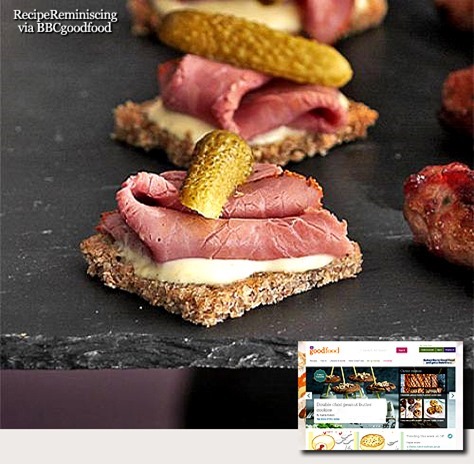 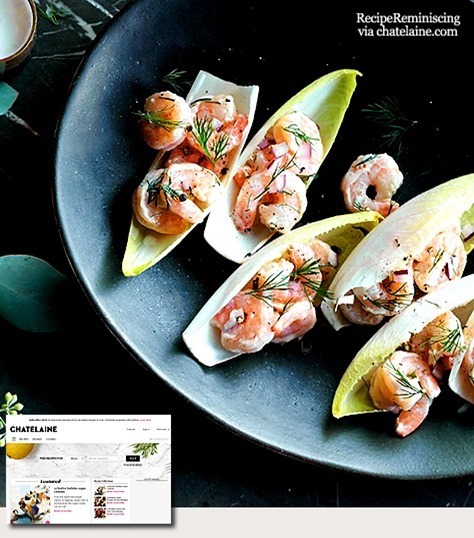 Cooked frozen shrimp is a great time saver when preparing for a party.

Pabst-ett was a cheese prodused by Pabst brewery during Prohibition. Many breweries turned to alternative pruducts back then.  After Prohibition ended in 1933, Pabst sold the cheese business off to Kraft who continued to produce Pabst-ett cheese until at least the late 1940’s. If you want to try your hand at this recipe, use any cheese to your taste you think might go well with the rest of the recipe ingredients. 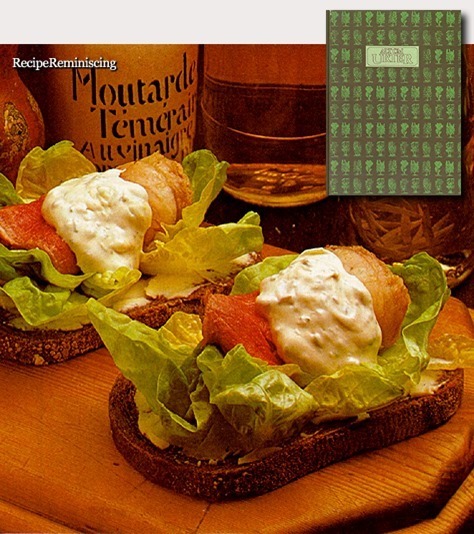 This green mayonnaise is the best accessory for cold salmon or trout, hard boiled egg or cold fish in aspic.

An article by Peggy Trowbridge Filippone
published on The Spruce

As a condiment, mustard is ancient. Prepared mustard dates back thousands of years to the early Romans, who used to grind mustard seeds and mix them with wine into a paste not much different from 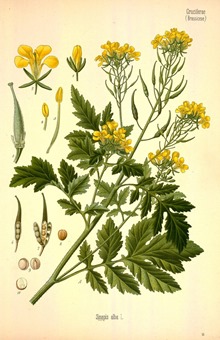 the prepared mustards we know today. The spice was popular in Europe before the time of the Asian spice trade. It was popular long before pepper.

The Romans took the mustard seed to Gaul, where it was planted in vineyards along with the grapes. It soon became a popular condiment. French monasteries cultivated and sold mustard as early as the ninth century, and the condiment was for sale in Paris by the 13th century.

In the 1770s, mustard took a modern turn when Maurice Grey and Antoine Poupon introduced the world to Grey Poupon Dijon mustard.

Their original store still can be seen in downtown Dijon.

In 1866, Jeremiah Colman, founder of Colman’s Mustard of England, was appointed as mustard-maker to Queen Victoria. Colman perfected the technique of grinding mustard seeds into a fine powder without creating the heat which brings out the oil.

The oil must not be exposed or the flavor evaporates with the oil.

There are about 40 species of mustard plants. The three species that are used to make mustard are the black, brown and white mustards. White mustard, which originated in the Mediterranean, is the antecedent of the bright yellow hot dog mustard we are all familiar with. Brown mustard from the Himalayas is familiar as Chinese restaurant mustard, and it serves as the base for most European and American mustards. Black mustard originated in the Middle East and in Asia Minor, where it is still popular. Edible mustard greens are a different species of mustard. The history of cultivation of mustard centers on the seeds, not the greens, which have been credited with originating both in China and Japan.

Long ago, mustard was considered a medicinal plant rather than a culinary one. In the sixth century B.C., Greek scientist Pythagoras used mustard as a remedy for scorpion stings. A hundred years later, Hippocrates used mustard in medicines and poultices. Mustard plasters were applied to treat toothaches and a number of other ailments.

The mustard seed is a prominent reference for those of the Christian faith, exemplifying something that is small and insignificant, which when planted, grows in strength and power.

Pope John XII was so fond of mustard that he created a new Vatican position—grand moutardier du pape (mustard-maker to the pope—and promptly filled the post with his nephew. His nephew was from the Dijon region, which soon became the mustard center of the world.

We all know that losers and quitters can’t cut the mustard (live up to the challenge), and perhaps the reason ballpark mustard is so popular is because pitchers apply mustard to their fastballs to get those strikeouts. The disabling and even lethal chemical weapon known as mustard gas is a synthetic copy based on the volatile nature of mustard oils.