A recipe for toffees thattastes both salt and sweet
found on nrk.no 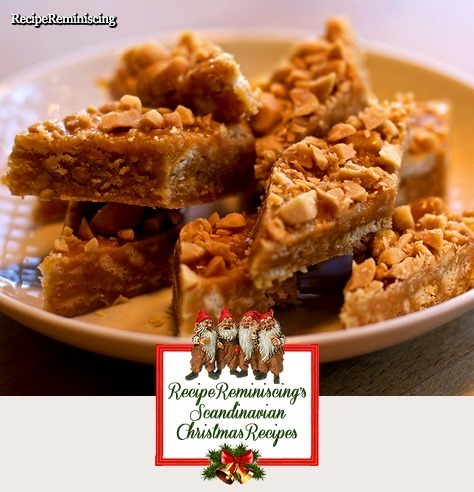 Peanut toffees taste both salty and sweet in an unbeatable combination. If you got Golden Syrup, peanut butter and salty crackers, you have the most important ingredients in this recipe. 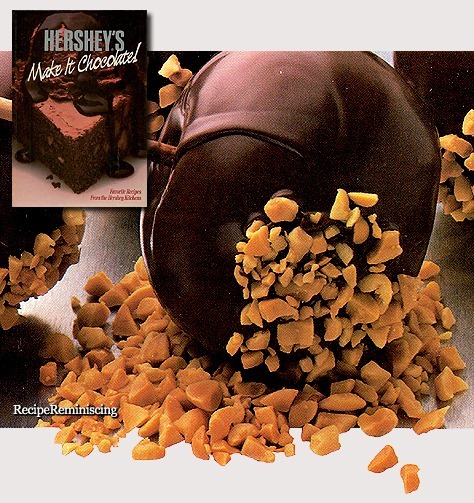 A classic approach to chocolate coating apples. The crunch the chopped peanuts will give makes this mouth wateringly delicious – Ted 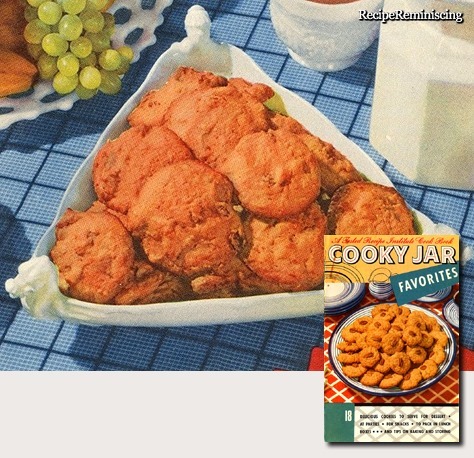 Peanut butter, raisins and oats should give these cookies the perfect
chewiness. Just the thing with a glass of lemonade for the children of the Norwegian post-war baby boom which I was a part back in 1960
when this book was published. Little Ted was 7 back then. 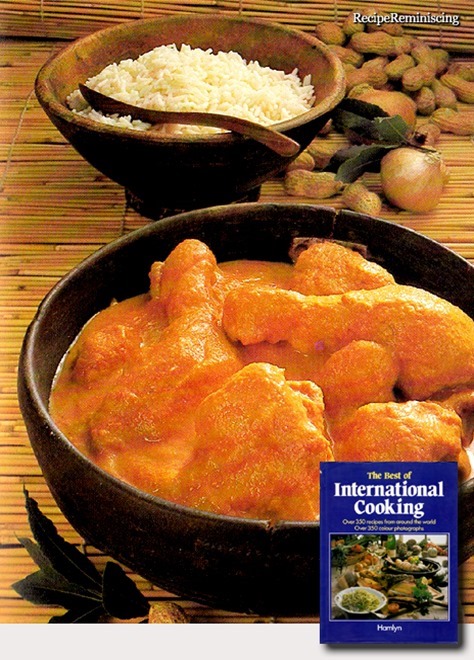 West African cuisine encompasses a diverse range of foods that are split between its 16 countries. In West Africa, many families grow and raise their own food, and within each there is a division of labor. Indigenous foods consist of a number of plant species and animals, and are important to those whose lifestyle depends on farming and hunting.

The history of West Africa also plays a large role in their cuisine and recipes, as interactions with different cultures (particularly the Arab world and later Europeans) over the centuries have introduced many ingredients that would go on to become key components of the various national cuisines today. 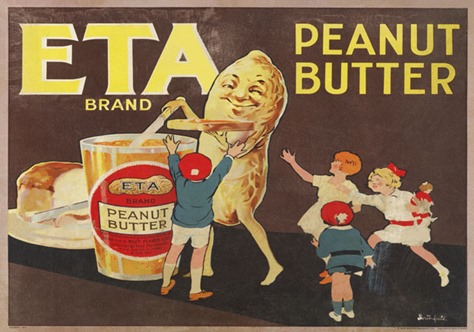 Although the peanut has a long history, having been found in Peruvian mummy tombs, peanut butter is a relatively young food.

In 1890, an enterprising physician, Dr. John Kellogg (of corn flakes fame), created peanut butter as a healthy protein substitute that was easy to digest for patients with no teeth. The manufacturing process 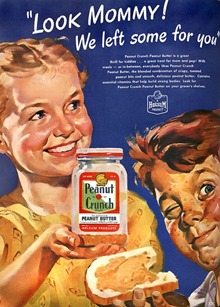 was mechanized by George A. Bayle, Jr., and a patent for a peanut-butter machine was issued to Abrose W. Straub in 1903.

In 1904, peanut butter came into the limelight at the St. Louis Universal Exposition by concessionaire C. H. Sumner, where it was promoted as a health food.

When innovative agricultural scientist Dr. George Washington Carver developed an improved version of the butter, it attracted even more enthusiasts.

In 1922, peanut butter was commercially-born when J. L. Rosefield of Rosefield Packing Company of Alameda, California perfected a process 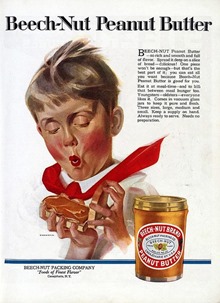 to keep the oil from separating in the peanut butter along with spoilage prevention methods.

He marketed this commercial peanut butter under the name Skippy as “churned” peanut butter, which was a smoother, creamier version of the coarse-textured original.

Today, more than half the American peanut crop goes into the making of peanut butter, but surprisingly, the majority of peanut butter consumed in the United States is imported.

Federal law mandates that any product labeled as peanut butter must contain at least 90 percent peanuts, with the remaining 10 percent restricted to salt, sweeteners, and stabilizers. 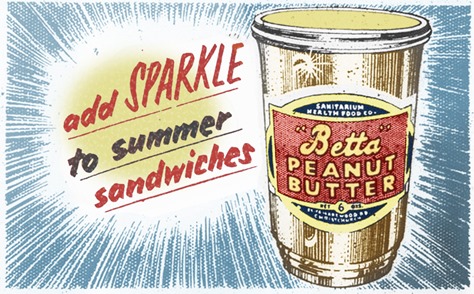 An American-born favorite, peanut butter quickly became not only a nutritious food, but also a comfort food for most Americans born in the 1900’s. Now its popularity has spread throughout the world. October is Peanut Butter Lover’s Month. 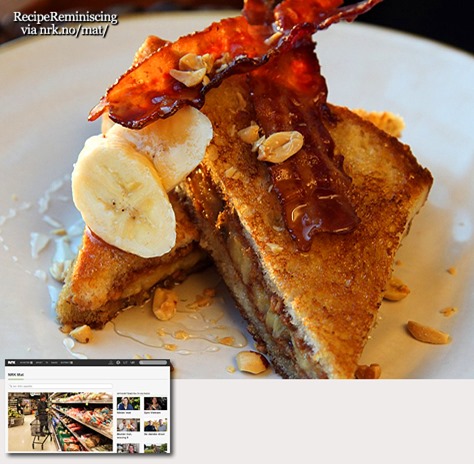 January 8 was Elvis Presley’s birthday and had he lived he would have turned 80. The Norwegian chef Lise Finckenhagen has created her own peanut butter/banana sandwich to commemorate “The King.”