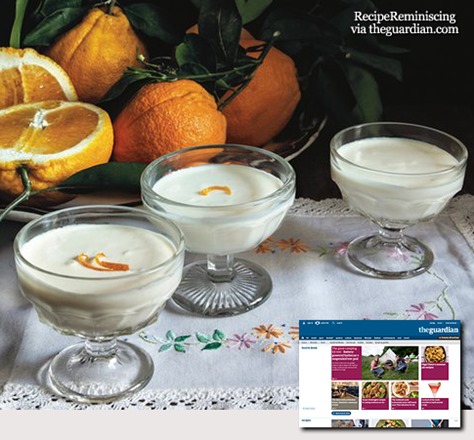 Although similar to a syllabub, posset is much richer because it is more like a custard than a cream. Possets were served in ceramic posset pots, which looked a bit like a teapot with two handles. They were usually very decorative and extremely expensive to buy. This dish is therefore one of a high standard. Posset was originally more of a drink than a pudding and was often given to people in rich households when they were feeling unwell.

The recipe is from: The Closet of the Eminently Learned Sir Kenelme Digbie Kt. Opened, commonly known as The Closet Opened, an English cookery book first printed in 1669. It is supposedly based upon the writings of Sir Kenelm Digby, being as the title page states “published by his son’s consent”.

The book gives recipes for traditional English dishes such as meat pies, pasties and syllabub, but also reflects on Digby’s travels around Europe, with recipes such as “Pan Cotto, as the Cardinals use in Rome”. The book echoes an earlier age with some hundred recipes for brewing mead and metheglin.