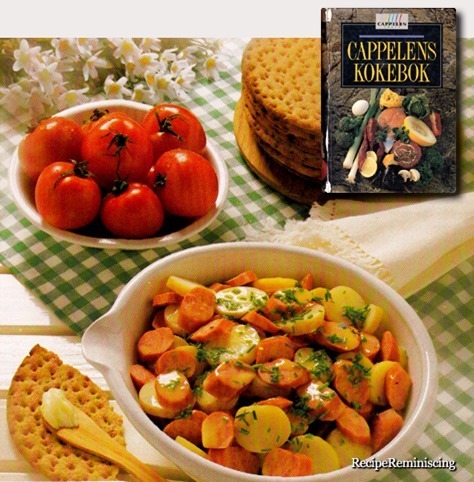 Since we Norwegians are crazy about sausages of any kind, it is
not surprising that we use them in salads as well, like here.

An old-fashioned recipe for Norwegian Christmas sausages found on meny.no

Making home-made Christmas sausages like these is easier than you think! With this good old-fashioned recipe you will make sausages that tastes amazing. Enjoy them even in the weeks before Christmas. You can make them well in advance, they freeze very well. 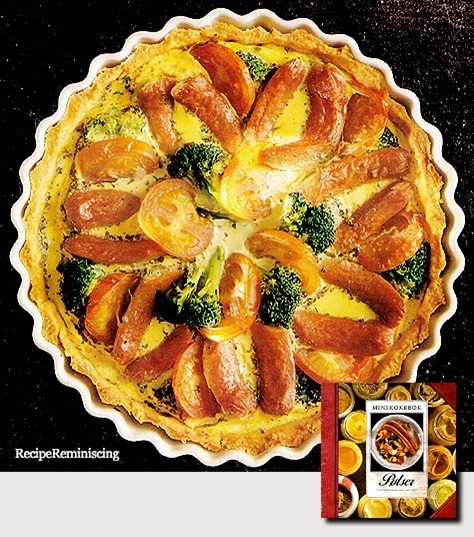 Bratwürst, sauerkraut and apples. It doesn’t get much
more German than that.

The Germany cuisine has evolved as a national cuisine through centuries of social and political change with variations from region to region. Some regions of Germany, like Bavaria and neighbouring Swabia, share dishes with Austrian and parts of Swiss cuisine.

There’s nothing better than a hearty plate of comfort food on a rainy late summer day. That’s why you will love this triple-tested sausage and mash recipe which is not only quick but cheap to make!

Nordic cookbook history was written in 1974. That year a bunch of Swedish foodie friends published a cookbook that would become one of Scandinavia’s most popular, Carl Butler’s Cookbook. With folded corners, patches of pie dough, tomato sauce and French mustard and an unmistakable scent of herbal spices and garlic it can be found in hundreds of thousands of Swedish, Finnish, Danish and Norwegian homes. The book put for the first time coq au vin, moussaka and paté on our tables.

For all Scandinavians who like me love that cook book it took 17 years before we could hurry to the book shops to buy the continuance. It was simply called “Carl Butler’s Kokebok – Fortsettelsen” (Carl Butler’s Cook Book – The Continuance). This recipe is from that book – Ted 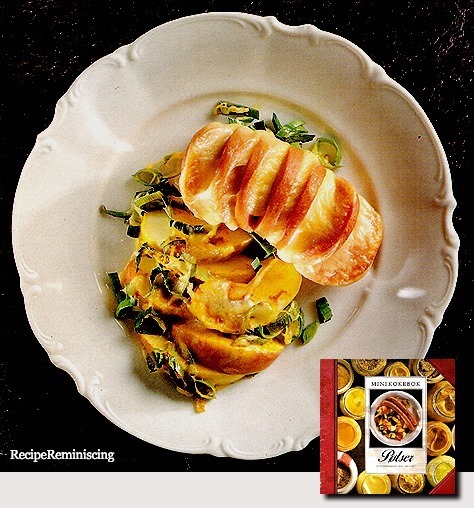 This simple dish based on only 5 ingredients; Sausages, cheddar, apples, leeks and curry are made in no time and looks as
delicious as it tastes. 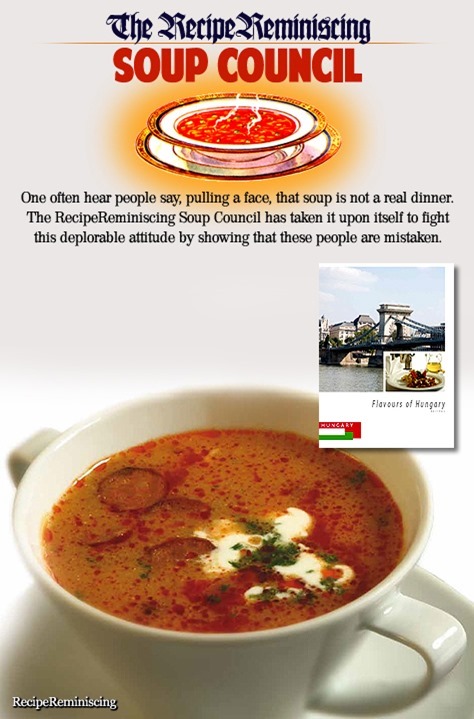 Proper ingredients are necessary but not sufficient for full success. The Hungarian “art de la table” does not only cover the ingredients but also the method of preparation. The special flavours of the traditional Hungarian cuisine are produced by the combination of tasty ingredients of excellent quality with their specific mode of preparation. 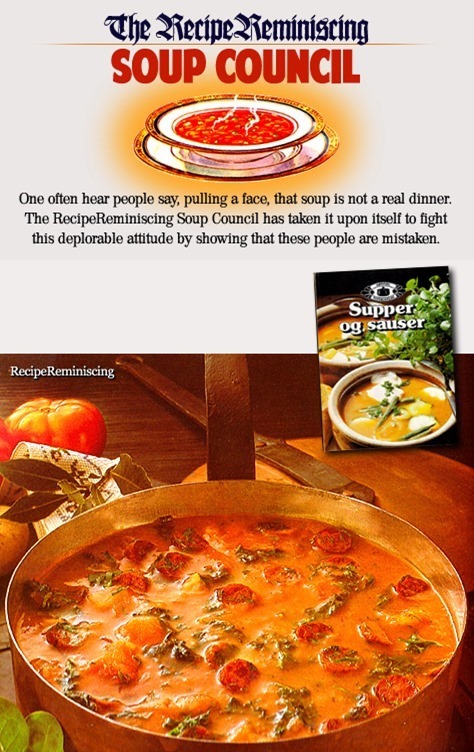 One can find different recipes for soups like this throughout Scandinavia. In the old days, soup was often the only thing one could afford to make so it was important that it was hearty. The smoked sausages could be exchanged with cheap cuts of meat or poultry. Or in hard times, be left out completely, leaving the potatoes to save the day. 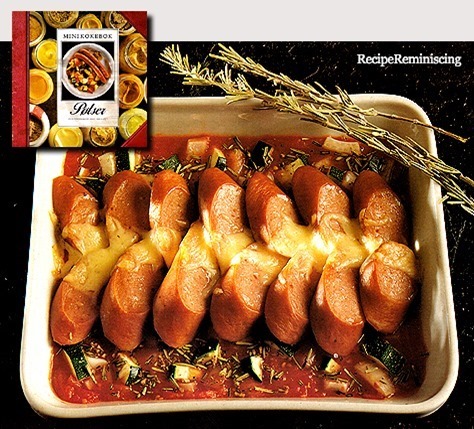 It’s a myth that dishes baked in the oven are harder to cook than other dishes. The fact is that once you have completed the preparation, the dish makes itself. Sausages also have the advantage that they are quickly done. As you see, you have good reasons and try cooking sausages this way.

A cookbook featuring nothing but sausage recipes is the most natural
thing here in Norway, we eat the stuff like we’re afraid they’ll all
mysteriously disappear from the shop shelves over night

Hungarian bean soup is filling dinner and it is cooked in no time.

A real classic British breakfast recipe found in a booklet published by gilde.no 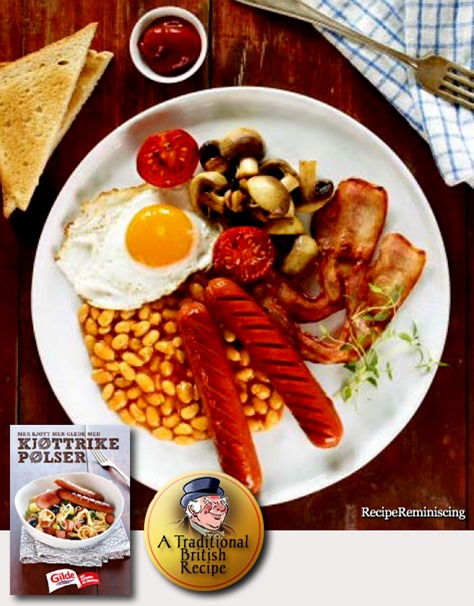 It was somewhat strange to find such an utter British dish in a booklet from a Norwegian meat supplier, but so what. I’m a real sucker for a solid breakfast and always go for the full english when in Britiain. Continental is for sissies – Ted  😉

This combines all the best ingredients of a traditional English breakfast in one frying pan, with no need to chop anything.