A lunch recipe found on brit.co

The smell of this seafood stew as it simmers on the stove will bring
back every outing you’ve ever had to the sea. Tear into the rustic
bread, dip a piece in the creamy white wine sauce and let the juice
dribble down your chin. 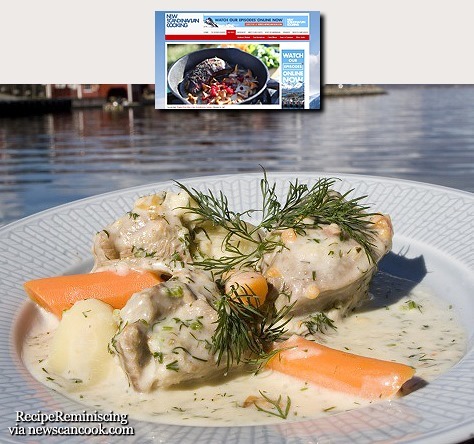 A classic English dish found on Your Home Magazine

A recipe for the Welch national dish Cawl found at
was then called about.com

Cawl is the national dish of Wales. Welsh Cawl is a stew and made from bacon, Welsh lamb or beef, cabbage and leeks. Though more traditionally cheaper cuts of lamb are used, be warned Welsh recipes for Cawl vary from region to region and sometimes even season to season.There is no hard and fast rule.

Cawl can be eaten in one bowl, though often the broth will be served first followed by the meat and vegetables.

The flavors in Welsh Cawl do improve by keeping for a day or two, so don’t be afraid to make it in advance or save any leftovers for reheating. 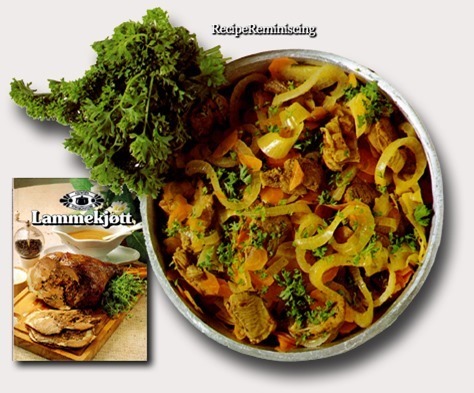 Root vegetables, cabbage, onion and lamb and hot spices. With rice as an accessory, this becomes a vitamin bomb when you need it most.

A classic Finish dinner recipe found on
what was then called about.co.uk

Karelian Hot Pot or Karjalan Paisti in Finnish is a traditional meat stew from the region of Karelia (now split between Finland and Russia). It’s commonly made with a combination of pork and beef but other proteins, like lamb, can be used. Finnish hot pot is typically seasoned with black peppercorns, allspice and bay leaves.

This Finnish stew is made in one large pot over low heat, once everything is chopped, it’s a real hands-off recipe. Serve Karelian Hot Pot as the Finns do, with mashed potatoes and cranberry or lingonberry preserves on the side.

West African cuisine encompasses a diverse range of foods that are split between its 16 countries. In West Africa, many families grow and raise their own food, and within each there is a division of labor. Indigenous foods consist of a number of plant species and animals, and are important to those whose lifestyle depends on farming and hunting.

The history of West Africa also plays a large role in their cuisine and recipes, as interactions with different cultures (particularly the Arab world and later Europeans) over the centuries have introduced many ingredients that would go on to become key components of the various national cuisines today.

It’s not very often you see Scandinavian dinner recipes using fruit to the to the extent that Mona Giersing is using here. It almost gives this veal stew a touch of the Caribbean and that certainly works for me – Ted

Goulash (Hungarian: gulyás [ˈɡujaːʃ]) is a soup or stew of meat and vegetables, seasoned with paprika and other spices. Originating from the medieval Kingdom of Hungary, goulash is also a popular meal in Central Europe, Eastern Europe, the Netherlands, Belgium, Switzerland, Scandinavia and Southern Europe.

Its origin traces back to the 9th century to stews eaten by Hungarian shepherds. Back then, the cooked and flavored meat was dried with the help of the sun and packed into bags produced from sheep’s stomachs, needing only water to make it into a meal. It is one of the national dishes of Hungary and a symbol of the country. 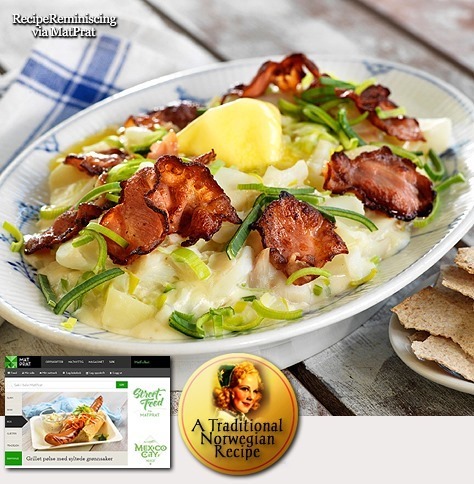 Traditional food with an asumed origin from Western Norway. These days, this dish is eaten all over the country, and every “stewed fish family” have their own recipe. Some people use plain cod or stock fish instead of lightly salted cod. Some families may swear to pollock, but there is one thing they all have in common. A really tasty meal.

Edible mushrooms are the fleshy and edible fruit bodies of several species of macrofungi (fungi which bear fruiting structures that are large enough to be seen with the naked eye). They can appear either below ground (hypogeous) or above ground (epigeous) where they may be picked by hand. Edibility may be defined by criteria that include absence of poisonous effects on humans and desirable taste and aroma.