I can’t help spotting gherkins on the picture even though it is not mentioned in the recipe so the choice is yours, trust the picture or the recipe. In my opinion you can never go wrong with gherkins, I simply love the stuff

Compared to most westernized Indian recipes this dish seems to be rather potent. Usually recipes like this goes for 1 – 2 teaspoons of curry powder, this one goes for 2 – 3 tablespoons. 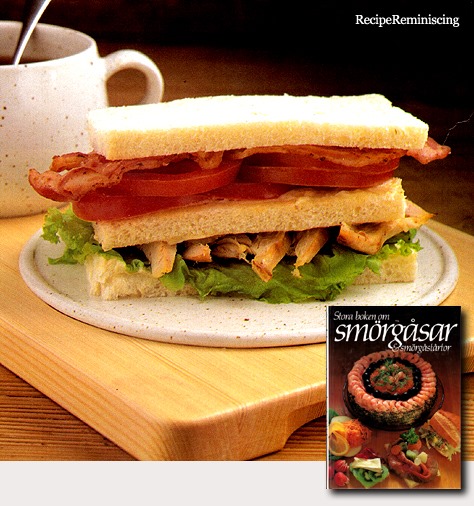 Dagwood was originally heir to the Bumstead Locomotive fortune but was disowned when he married a flapper (originally known as Blondie Boopadoop) whom his family saw as below his class. He has since worked hard at J. C. Dithers & Company (currently as the construction company’s office manager) to support his family. The Bumsteads’ first baby, Alexander, was originally named Baby Dumpling. The name of his younger sister, Cookie, was chosen by readers in a national contest. The family circle is rounded out by Daisy the dog. The origin of both Dagwood’s last name and Daisy’s name came from Chic Young’s long-time friend Arthur Bumstead and his dog, Daisy.

A nice version of the pan-fried sandwich found on foodnetwork.com 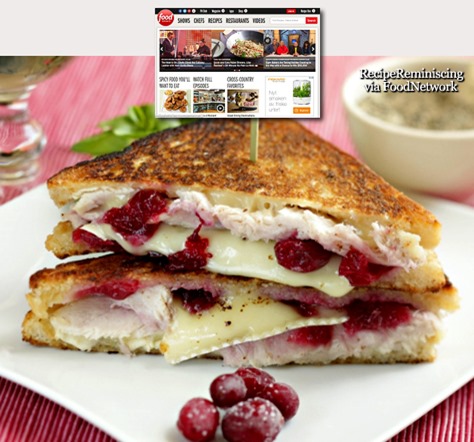 Anything containing cranberry sauce or jam will sound downright mouthwatering to any Scandinavian, we grew up on the stuff after all. Meatballs without cranberryjam for instance will sound like a monstrosity to most of us. So these sandwiches would go down well around our neck of the woods too – Ted

A recipe found on “Cheesy Panini” published
in the late eighties

I think most countries in the Western World has their version of the grilled cheese sandwich. The Italian call it a Panini, the French a Croque Monsieur. In Norway we call it “Stekt ostesmørbrød” which transelate to the more pedestrian “Grilled Cheese Sandwich” 😉

Ham, turkey and melted cheese on egg-dipped, butter-crisped white bread, the Monte Cristo sandwich made waitressing at the local Denny’s in that godawful brown polyester uniform, almost worth it. Perhaps because the fried bread’s a lot like French toast, “The Encyclopedia of Guilty Pleasures” puts the Monte Cristo in that “strange netherworld between breakfast and lunch,” making it perfect for Hobbit “elevensies.”

Most basically an Americanized Croque Monsieur, the Monte Cristo is purported to have first appeared under that menu moniker in 1950s

California. Disney started serving it in 1966 at its Blue Bayou and Tahitian Terrace restaurants on New Orleans Square in Disneyworld, and chain-restaurants popularized it ever after. Lost Recipes Found’s triple-decker version riffs on a Los Angeles recipe that Gourmet magazine ran in 1968, in response to a reader request. 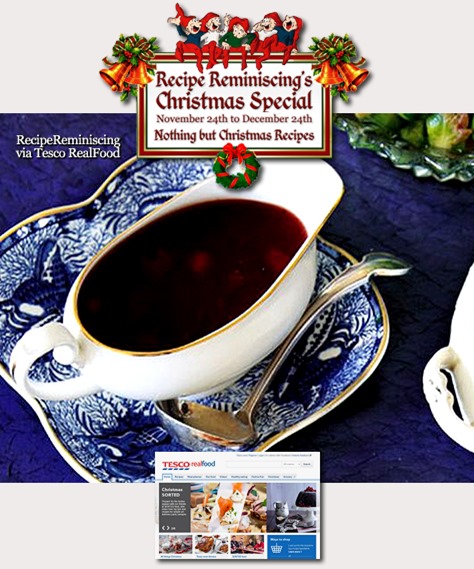 This recipe is based on turkey, but I guess it would be delicious with the Scandinavian Christmas diners done the same way as well, both the Danish goose or duck, the Swedish glazed ham and the Norwegian pork ribs. All of them leave a lot of tasty juices in the roasting tray, and we Scandinavians are after all crazy about cranberry jam – Ted

A recipe from Family Circle’s “Casserole Cookbook” published in 1972

Start with a chicken broth-based sauce flavoured with curry and onion, then add cooked turkey and a little shredded lemon peel. The result; Bombay Turkey. To serve, spoon the creamed mixture over fluffy hot cooked rice that has been mixed with cashews and pimiento pieces.