In India, Kedgeree (among other English spellings) usually refers to any of a large variety of legume-and-rice dishes. These dishes are made with a spice mixture designed for each recipe and either dry-toasted or fried in oil before inclusion.

I know I have posted at least two recipes for British kedgeree before, but there are great variations to the recipes for this dish and Robert Carrier’s is a very delicious one –Ted

Kedgeree originated amongst the British colonials in India and was introduced to the UK as a breakfast dish in Victorian times. It is rarely eaten for breakfast these days, but is still very popular for lunch or supper.

A spicy curry dish recipe from the Victorian era
found at cookit.e2bn.org 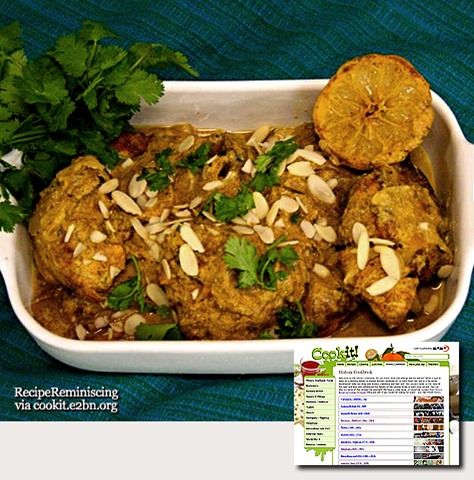 The first English curry house opened in London as early as in 1811 and towards the beginning of the Victorian era (she was born in 1819) exotic spices were getting more and more available. Cook books which were published by the mid 1800s featured many types of curry recipes, and towards the end of 1870 dry spices become so cheap that even farmers with a limited income could indulge in a curry dish from time to time.