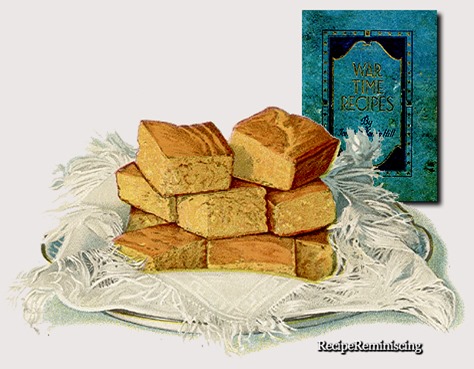 When the United States entered World War I in 1917 food was desperately needed to supply the European civilian and military allies. Herbert Hoover was appointed as head of the U. S. Food Administration and launched a campaign to conserve food. Americans were urged to voluntarily stretch the food supply by cutting waste, substituting plentiful for scarce ingredients and participating in the food-conservation program popularly known as “Hooverizing,” which included wheatless Mondays and Wednesdays, meatless Tuesdays, and porkless Thursdays and Saturdays.

The Food Administration sponsored a program to educate the people about nutrition and food preservation to help persuade them that eating less would not be harmful. Signs and posters proclaimed, “Food Will Win the War” and pitched what became known as the “Doctrine of the Clean Plate.” The National War Garden Commission encouraged Americans to “put the slacker land to use” by growing war gardens and to preserve by canning and drying all the food they could not use while fresh.

Cream the Crisco, beat in the sugar, then the yolks, beaten light. Sift together the corn meal, flour, baking powder and salt, add to the first mixture alternately with the milk, then beat in the whites of eggs. Bake in a well-greased pan about twenty-five minutes.