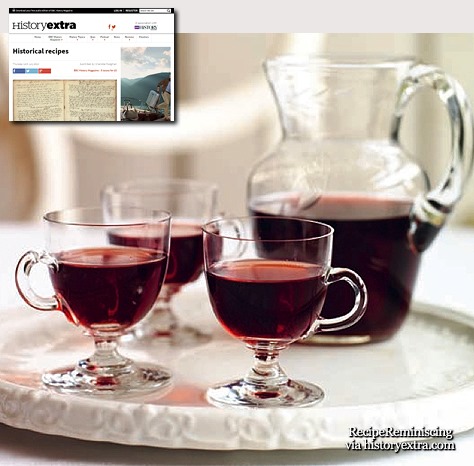 In every issue of BBC History Magazine, picture editor Sam Nott brings you a recipe from the past. Here’s a recipe for the Negus served at the balls in Mansfield Park and The Watsons.

Stephanie Ann Farra who runs ‘World Turn’d Upside Down‘ writes: Mushroom ketchup was something I’ve been wanting to make for a long time. I love the fact that this was a common sauce so different from the ketchup we use today. In the early 1700s, ketchup was introduced to English explorers by the people of Singapore and Malaysia. Originally a sauce for fish, ketchup was made out of walnuts, oysters or mushrooms and was similar to soy sauce. The English expanded the use of the sauce and it became popular for fish and meat dishes. 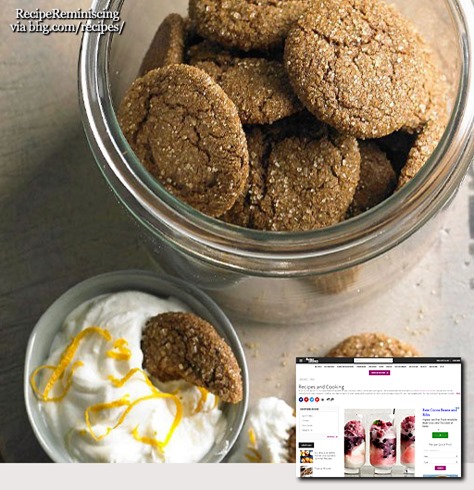 Gingersnaps, also called ginger biscuits, are a type of cookie. The name comes from the fact these cookies traditionally are very crispy and make a snapping sound when eaten. Gingersnaps are a derivation of gingerbread and were invented hundreds of years ago. People in colonial times enjoyed these cookies, both in European countries and in America.

Ginger is derived from the ginger root and is native to parts of South Asia; historians believe it was first cultivated in India. Ginger was prized for its valuable effects on health and imported for its medicinal uses before it was utilized for cooking purposes. Ginger found its way to ancient Rome, then to Africa and the Caribbean. In medieval times, ginger was imported to Europe in preserved form to be used in baking treats such as cakes and cookies.

A more than 200 years old recipe found on savoringthepast.net
a must for anyone interested in historic food 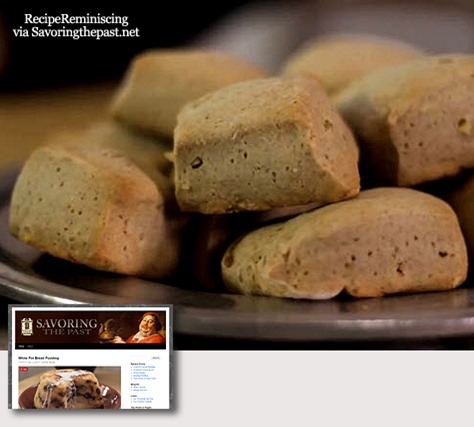 This honey cake recipe is from Amelia Simmons’ 1796 cookbook, “American Cookery”. It is probably what we would think of as gingerbread today.

Karen Hammonds who runs revolutionarpie writes: When I read about Martha Washington’s Great Cake, I wondered whether it was called that because it was really good or really large. I think the name was meant to describe its size — to give you an idea of just how big it was, here is Martha’s recipe:

Take 40 eggs and divide the whites from the yolks and beat them to a froth. Then work 4 pounds of butter to a cream and put the whites of eggs to it a Spoon full at a time till it is well work’d. Then put 4 pounds of sugar finely powdered to it in the same manner then put in the Yolks of eggs and 5 pounds of flour and 5 pounds of fruit. 2 hours will bake it. Add to it half an ounce of mace and nutmeg half a pint of wine and some fresh brandy. 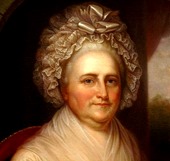 This cake was prepared at Mount Vernon, the Washingtons’ Virginia home, during the Christmas season and for other special occasions. I’ve seen references to Martha baking it herself, but according to the book Dining with the Washingtons, cooking was ordinarily done by servants. Martha did supervise meal planning and the kitchen closely, however, and Washington family lore had it that she made some dishes herself. I like to think she baked George a cake once in a while.