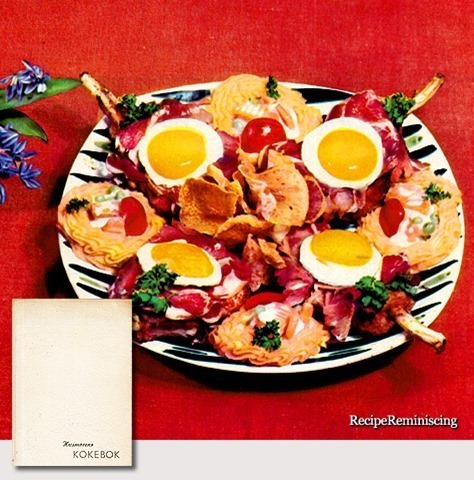 This is a typical Norwegian finer dinner dish from the late fifties early sixties. Dressing up pork chops and other everyday foods when having dinner guests was high fashion at the time. 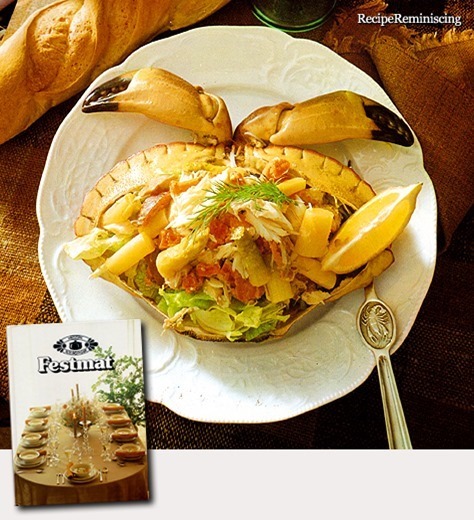 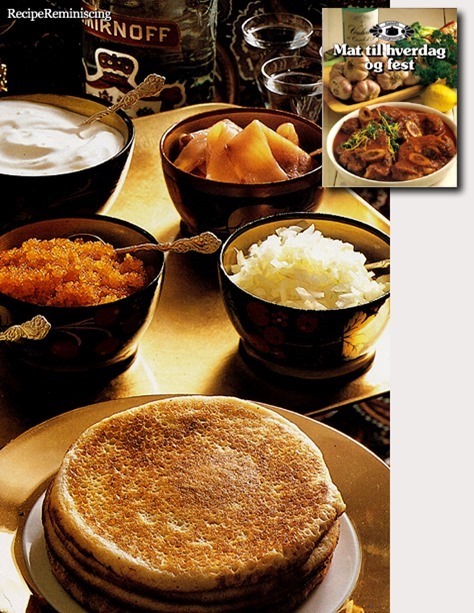 Blini (Russian: блин, blin, plural блины, bliny) are Russian pancakes with long traditions. “Blinis is a symbol of the sun, beautiful days, good crops, happy marriage and healthy children,” wrote the Russian author Aleksandr Kuprin. Blinis symbolizes the sun and represents a very important part of a festival, which celebrates that the long winter is over: “Maslenitsa”, pancake week.

A spicy cod dinner recipe found in
“Torsk til Hverdag og Fest” (Cod for Everydays and Parties)
a free E-book published by Godfisk! 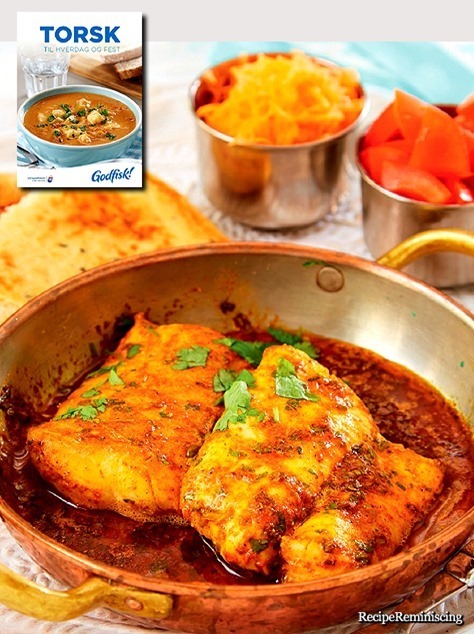 But cod is also great as party food. Put cod on the table when family or friends get together for a nice meal and a good mood is guaranteed. With its firm white fish meat and its delicate flavor, cod fits just perfectly for everydays and parties. 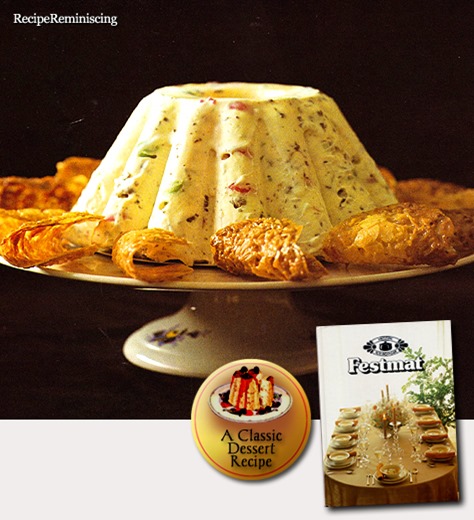 A traditional recipe found on bygdekvinnelaget.no 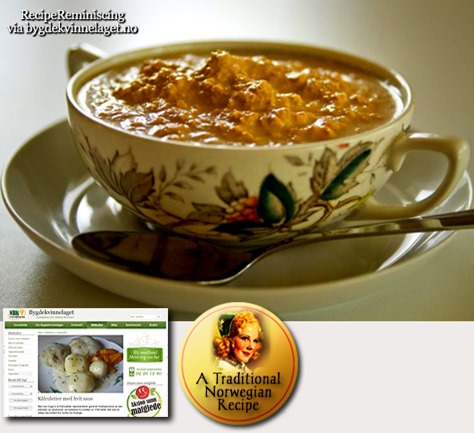 Dravle is traditional party food from Kvinnherad in the western part of Norway. Recipes vary a lot from place to place, but it was and is common to serve dravle with milk cakes and potato cakes. 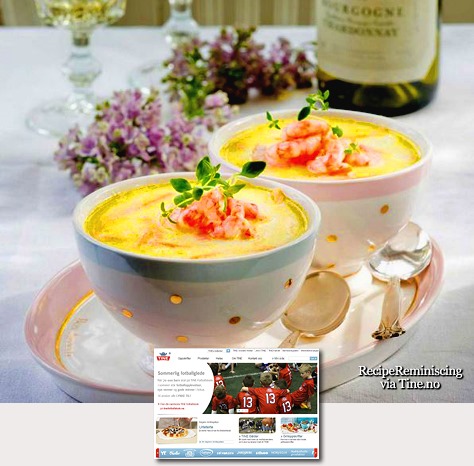 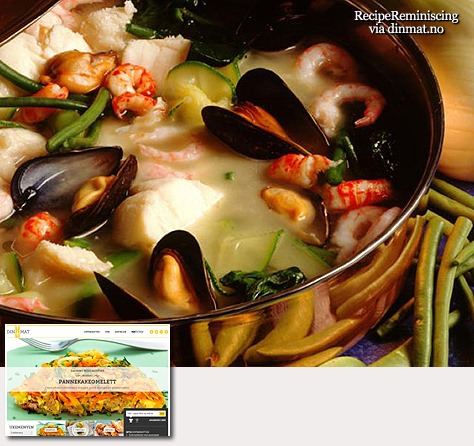 Wolffish is used in the original Norwegian recipe, but if it is hard to get hold of in your neck of the woods, catfish will do nicely too, even pike – Ted

The wolffish, also known as seawolves, are a family, Anarhic-hadidae, of perciform fish. They are native to cold waters of the northern Atlantic and Pacific Oceans, where they live on the continental shelf and slope, to depths of about 600 m (2,000 ft). They are bottom-feeders, eating hard-shelled invertebrates such as clams, echinoderms, and crustaceans, which they crush with their strong canine and molar teeth. The longest species, Anarrhichthys ocellatus, grows to more than 2 m (6.6 ft) in length. – From Wikipedia 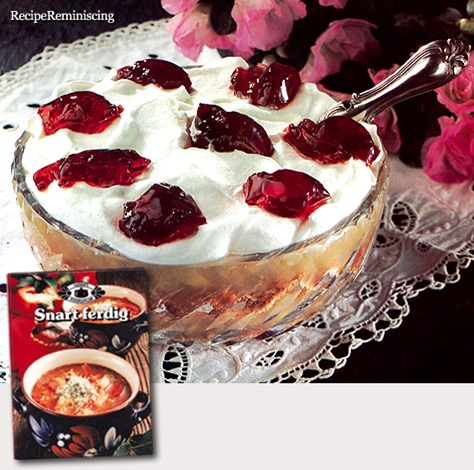 One of the most popular recipes I’ve posted lately was Veiled Peasant Girls. Here’s a luxury version for parties. Simple, quick and delicious – Ted 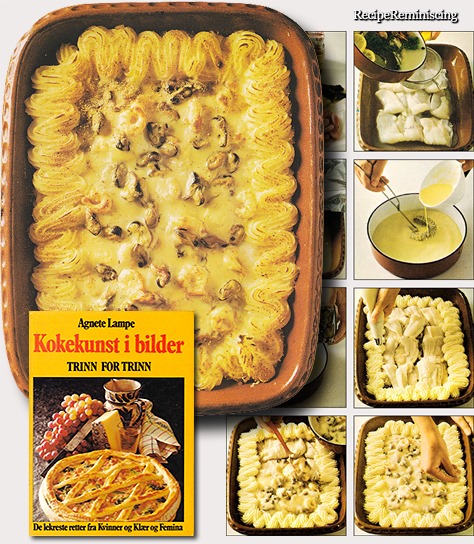 This festive dish can be made ​​in well in advance, and just be done au gratin just before serving.

See this book and lots of delicious recipes on: 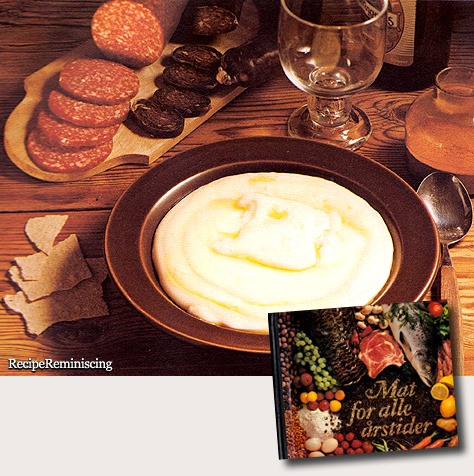 Sour cream porridge is considered one of the most traditional Norwegian dishes, and it is for many families the obvious choice for Whitsun Eve, Midsummer’s Eve and “Olsok”*. The porridge is usually served with traditional cured meat or sausage called “grøtpinne” (literally; porridge stick).

A lot of people find sour cream porridge a little to heavy in our day and age, one has to admit that it is far from health food :-). On the other hand it is exceptionally delicious and eating it a couple of times a year will probably not kill you, I for one am at least willing to take that chance – Ted

* Olsok (literally "Olaf’s Wake" or "Olaf’s Vigil" – that is the eve of St. Olaf’s Day) is now the Norwegian name for 29 July, traditionally the date of the death of King Olaf II Haraldsson of Norway in the Battle of Stiklestad, east of Nidaros (Trondheim), Norway, in 1030. Olaf was canonised by Bishop Grimkell in Nidaros on 3 August 1031, and is remembered as Rex perpetuus Norvegiae, the Eternal King of Norway. More so than his attempts to finally (and forcefully) convert the country to Christianity, Olaf’s martyrdom at Stiklestad appears to have contributed decisively to establishing the Church in all parts of the country. Until the Lutheran reformation in the Nordic countries in the 16th century, Olsok was a major church feast .