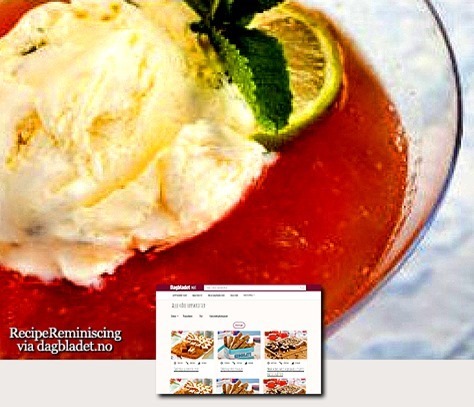 If you want to make something special out of this dessert, take the time to make this beautiful ice cream with mint and ginger. But a shop bought variant will also tastes delicious with the tart rhubarb.

Enjoy the Christmas flavors in both the ice cream and the salad
– can be served as a delicious dessert already during advent. 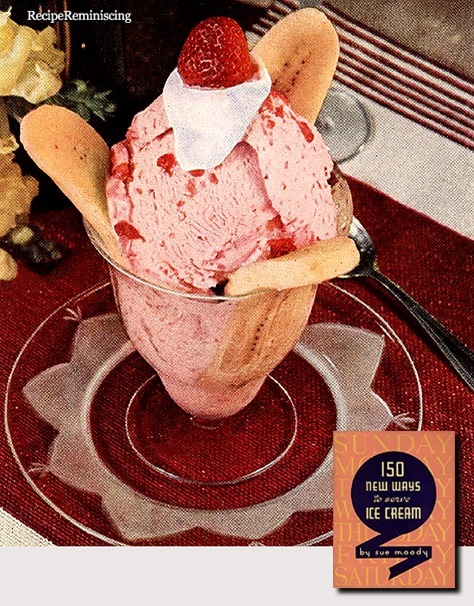 A charlotte is a type of dessert or trifle that can be served hot or cold. It can also be known as an “ice-box cake”. Bread, sponge cake or biscuits/cookies or in this case sliced bananas are used to line a mold, which is then filled with a fruit puree, custardor ice cream. It can also be made using layers of bread or cake crumbs.

Classically, stale bread dipped in butter was used as the lining, but sponge cake or ladyfingers may be used today. The filling may be covered with a thin layer of similarly flavoured gelatin.

Ice cream, meringues and chocolate sauce, man, that makes
any dessert lover sigh with happiness. At least I do,
and that’s just thinking about it 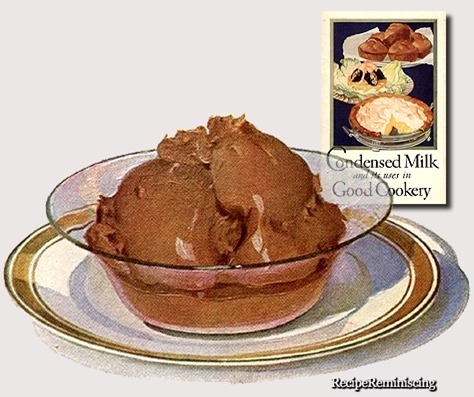 I love ice cream, there’s no way to hide it, no way to deny it. I don’t care if it is pistachio. brittle, strawberry or whatever other type of ice cream you can think of. I simply love it – Ted

A great dessert recipe found in “Hershey’s Make it Chocolate!” published by Hershey in 1987

Amaretto (Italian for “a little bitter”) is a sweet, almond-flavoured, Italian liqueur associated with Saronno, Italy. Various commercial brands are made from a base of apricot pits, almonds, or both.

Amaretto serves a variety of culinary uses, can be drunk by itself, and is added to other beverages to create several popular mixed drinks, as well as to coffee and ice cream. 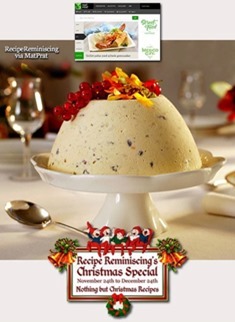 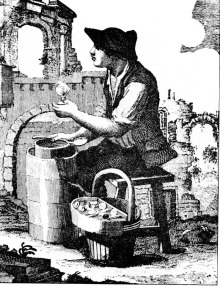 The history of ice cream is a messy one. Many nations claim to have invented it, just as various individuals take credit for it. Even if its origin remains murkey, it makes for a chilling drama!

NOTE: If you are searching for the answer to “Who invented of ice cream?” that’s a trick question. There isn’t just one single person!  Read on …

A.D 54–68: For centuries, iced desserts were a luxury. Roman Emperor Nero is said to have sent his slaves into the mountains to fetch snow to mix with nectar, fruit pulp, and honey, although this widely told tale may be a myth. 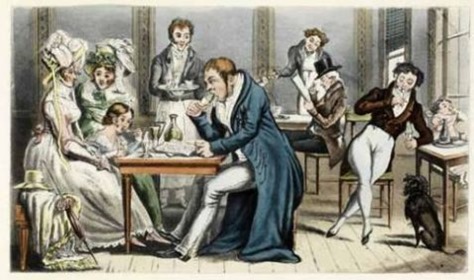 A.D. 618–907: The origins of ice cream date back to China’s T’ang period, probably as a dish for the country’s rulers. The founder of the dynasty, King T’ang of Shang, kept 94 “ice men” on hand to lug ice to the palace to make a dish made of koumiss (heated, fermented milk), flour, and camphor. 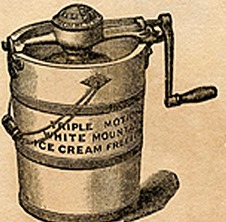 1744: American colonists brought along recipes from Europe. On May 19, 1744, a group of VIP’s dined at the home of Maryland Governor Thomas Bladen. Present was a Scottish colonist who described “a Dessert…Among the Rarities of which is was Compos’d, was some fine Ice Cream which, with the Strawberries and Milk, eat most deliciously.” This is the first written account of ice cream consumption in the new colonies.

1782: Ever hear how Martha Washington left a bowl of sweet cream on the back steps of Mount Vernon one night, and the next morning discovered ice cream? Nice story, but not true. George Washington did have, described in his ledger, “a cream machine for ice.”

1843: Until September 9, 1843, ice cream was made by the “pot freezer method,” but on this day, Nancy M. Johnson of Philadelphia got her “artificial freezer” patented, containing a tub, cylinder, lid, dasher, and crank. This design is still widely used today. 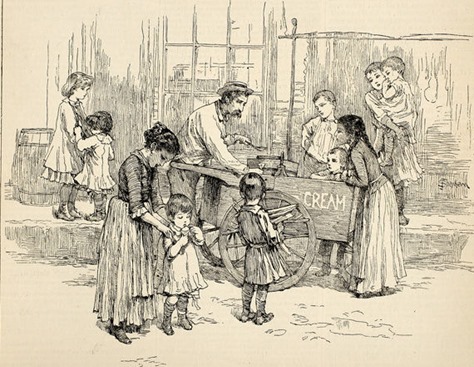 1851: Baltimore dairyman Jacob Fussell opened the first commercial ice cream factory. He had a surplus of cream—so he built an ice cream factory in Seven Valleys, Pennsylvania, and shipped it to Baltimore by train. Business boomed, and Fussell became the father of the wholesale ice cream industry. 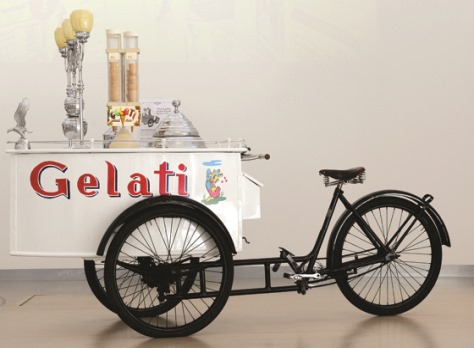 1880: Buffalo, NY; Evanston, IL; Two Rivers, WI; and Ithaca, NY all claim to have invented the ice cream sundae. Wherever it happened, it first started appearing in soda fountains during the 1880’s. It was invented because ice cream sodas weren’t allowed to be sold on Sundays; the ice cream sundae was a way to circumvent that restriction. On September 22, 1903, there is a recorded application for a patent for the ice cream cone by Italo Marchiony.

1939: Grocery stores didn’t start selling ice cream until the 1930’s, and by WWII, ice cream had become so popular that it turned into somewhat of an American symbol (Mussolini banned it in Italy for that same reason). Ice cream was great for troop morale, and in 1943, the U.S. Armed Forces were the world’s largest ice cream manufacturers!

Whatever the history, ice cream is here to stay! 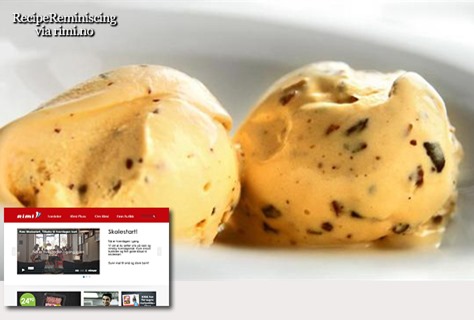 This is the way to make delicious, homemade hazelnut brittle ice cream. Try it, you wont regret it – Ted 🙂