A recipe for Norwegian filled lefse found on mills.no 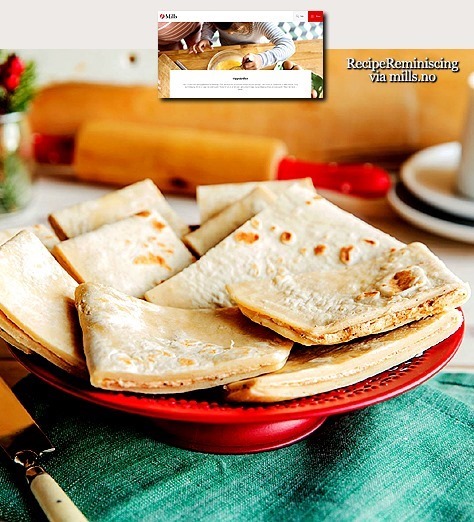 Lefser is Norwegian traditional food at its best, and in the past, every grandmother had her own recipe. If you have never made lefse before, this is a nice recipe to start with. The lefse can be made on the regular cast iron fryingpan instead of a griddle so you don’t need any extras. The recipe gives about 10 delicious lefser with cinnamon filling. 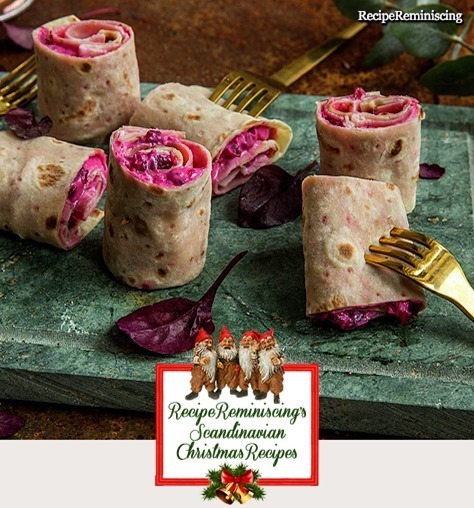 Delicious lefse with beet salad and thin slices of cold lamb is a great little Christmas snack, as an appetizer for Christmas eve or as part of the Christmas tapas table.

A traditional lefse recipe from Northern Norway
found on alleoppskrifter.no

There are two main groups of lefser in Norway, thin and thick.
These ones from Northern Norway are thick.

A lefse recipe found on matoppskrift.no 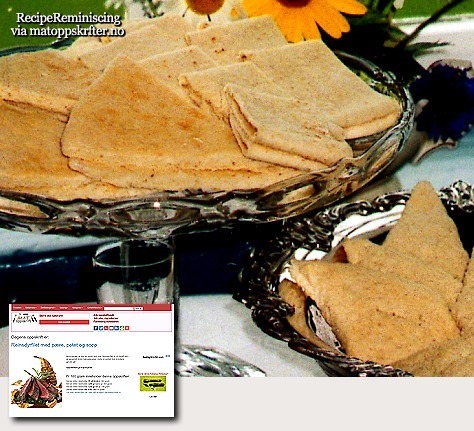 There are certainly more than a hundred different recipes for lefse
around in Norway. This one from Løvøy  is one of them – Ted

Soft lefse is soft and sweet and extra nice with cheese. They are cooked on a griddle, and made with sour milk, sour cream, butter and golden syrup. You can also make a wholemeal version that makes for great hiking food.

A “seter” is the same a British shielding and was used for the same purpose here in Norway as it was in Britain. Very few farmers move their cattle to a “seter” in the summer these days.

A shieling (Scottish Gaelic: àirigh, Cornish: havos), also spelt sheiling, shealing and sheeling, is a hut, or collection of huts, once common in a wild or lonely place in the hills and mountains of Scotland and northern England. The word also refers to a mountain pasture used for the grazing of cattle in summer.