Use citrus fruit with as thin peel as possible and do not make a larger portion than you can use up in a reasonable amount of time. Store the marmalade in the refrigerator. 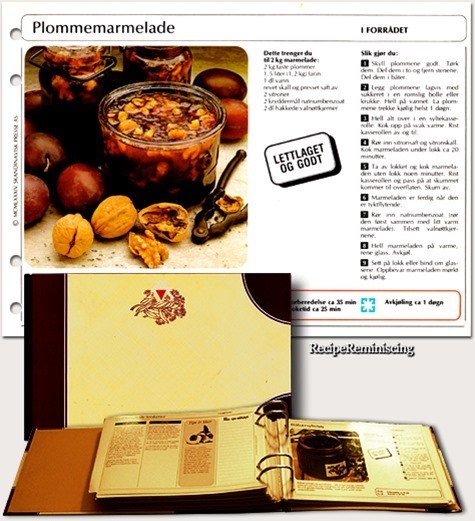 If you can harvest plenty of plums in your own garden, or get them at a reasonable price, you should try this delicious plum marmalade. Through different detours, this recipe has travelled from the United States to Norway about 100 to 150 years ago.

A jelly recipe found on alleoppskrifter.no

Redcurrant jelly has long traditions in Norway, both as a flavoring for different meat dishes in the same way as cranberry jam, or as sandwich spread and for use in cakes and desserts. And now the time for making the jelly has come – Ted

A simple and quick recipe for jam found on frukt.no 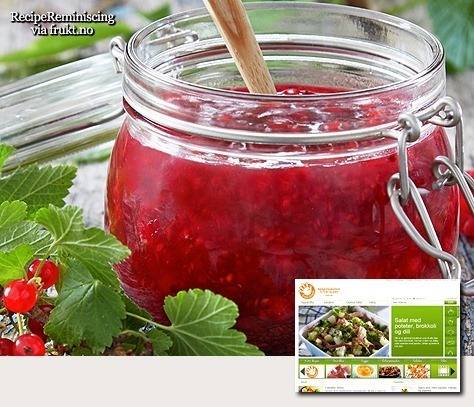 Red currant jelly is quite common here in Norway, both as a sandwich spread and for some types of dinner dishes, but I have not come across red currant jam before. On the other hand, now that I have I must say it sounds rather tempting. Slightly tart jam tasting of summer will surely be even more tempting when the the winter cold sets in – Ted

A preserve recipe found on what was then called about.com

This quick and easy recipe for strawberry preserves is made without added pectin. It’s a vintage recipe and it makes about four half-pint jars.

A candy thermometer is recommended for the best results. There are other methods for testing the preserves. See the jelling tests below the recipe. 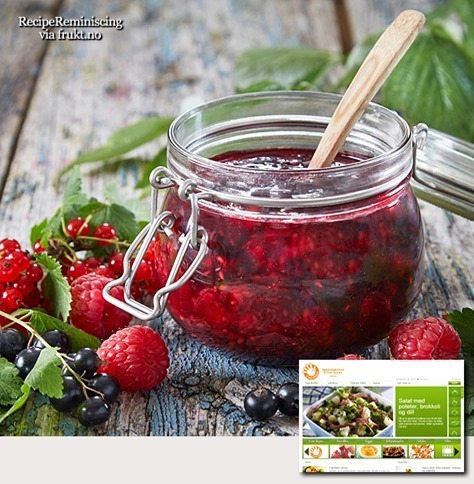 Making jams from different varieties of berries together is always a success. Try the mix you like the best. In this jam we used red currant, raspberry and black currant.

An exiting way to preserve pears found on frukt.no

A yummy and slightly different marmalade with pear, saffron and chili. The marmalade goes great with  fried meat and it makes a delicious sandwich spread.

The Girl who runs Bite From The Past writes: I have been dying to make this ever since I spotted it in The Jane Austen Cookbook by Maggie Black and Deirdre LeFaye.

This is the easiest jam you’ll ever make in your life-and it makes good use of leftover pieces of fruit. It’s funny to me that the instructions state this is a jam for children-probably because it’s a mixed up combination of fruit. I think it’s a wonderful addition to any biscuit or bread at tea time.

In this batch, I used strawberries, two apples that were starting to shrivel, and a couple of really ripe pears. Peel the skins off the apples and pears. You can also use peaches or plums-just be sure to blanche them first to remove the skin.

I did not can these – although you can to preserve them longer. I merely put mine in canning jars and set them in the very back of my refrigerator, where they lasted for several months!

There has to be some compensation for the disappearance of summer and the sunshine. The abundance of wonderful autumn fruits, vegetables and berries do a great job. From September onwards it is possible to pick from a an abundance including sloes, bilberries, plums, pumpkins, and  wild mushroooms and fat juicy blackberries.

Back in the fifties and sixties when I was a kid most families around where we lived headed for the mountains or the woodlands to pick berries as soon as they were ripe. My family picked raspberries, lingonberries,coudberries and blueberries every year and my mom would make jams and jellies. Strawberries and apples were bought around the same time and and they ended up as jams and jellies too.

This sweet strawberry jam is soft set and incredibly easy to make. 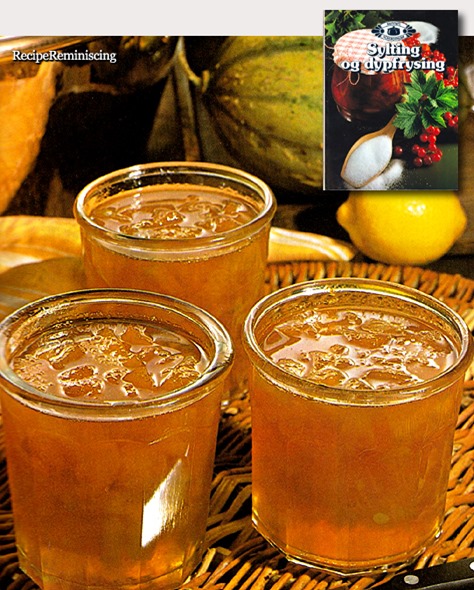 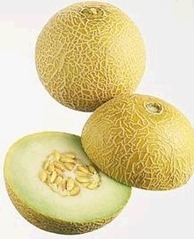 Galia Melon has a distinctive grid pattern on the shell. The shell has a base color that is bright yellow, and the web pattern is gray-white to almost golden brown. Galia Melon is a big and round melon with a yellow and juicy pulp. It is actually somewhat larger than all the other sugar melons and can reach a weight up to 3-4 kg. The taste is aromatic, sweet and delicious.

Homemade is usually the best, and so it is with strawberry jam too. What’s better than waffles, French toast or fresh bread with homemade strawberry jam? 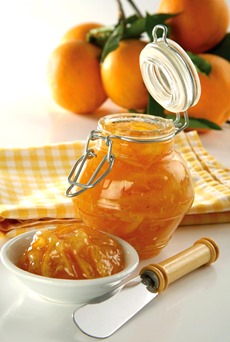 The name Marmalade comes from the Portuguese word Marmelos, a quince paste similar in texture to an orange spread popular long before the commercialisation of marmalade in the late 18th century.

Despite the belief that marmalade was ‘invented’ in Scotland by James Keiller and his wife it was not – though due thanks must go to the Keiller who are generally credited with making the delicious breakfast preserve commercially available. The romantic notion of James Keiller discovering a cargo of bitter oranges being sold cheaply which his wife then turned into jam has long been outed considering the existence of recipes for similar ‘jams’ dating back to the 1500s. 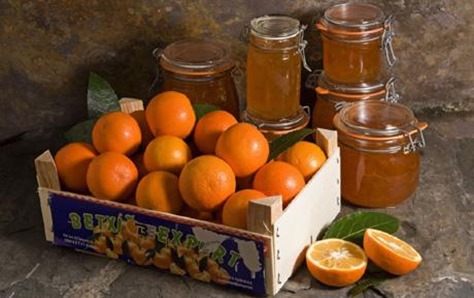 According to food historian Ivan Day, one of the earliest known recipe for for a Marmelet of Oranges (close to what we know as marmalade today) comes from the recipe book of Eliza Cholmondeley around 1677. 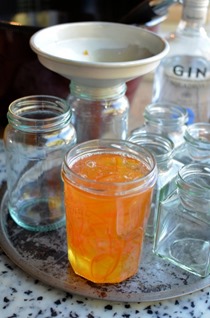 There are endless varieties of Marmalade and arguments abound at the breakfast table to personal preferences. Amongst the most popular are:

Thick Cut – the orange peel in the jelly is cut into thick chunks creating a tangy bitter flavor.
Thin Cut – the orange peel is shredded finely resulting in a softer flavor and texture.
Flavored – endless varieties with added flavors; whisky, Grand Marnier, ginger, or a mixture of citrus fruits.
Vintage – marmalade left to mature for a denser, richer flavor.
Black – made by the adding of brown sugar or black molasses.

The bitter oranges needed for making true marmalade are only available in late-winter to early spring. Seville orange pulp is also available year-round in cans which it does make a good marmalade, though frowned on by purists.

Read more here: A Comprehensive History of Marmalade from the World Marmalade Awards.

A recipe found on TESCOrealfood