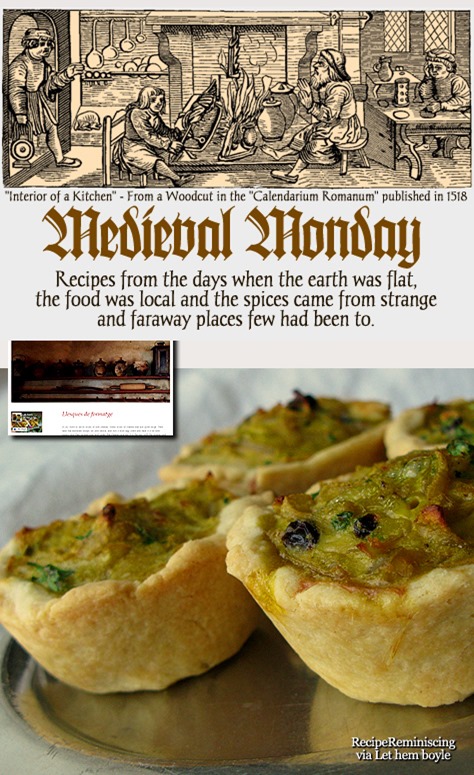 In the liturgical calendar of the Western Christian churches, Ember  (Ymber) days are four separate sets of three days within the same week — specifically, the Wednesday, Friday, and Saturday — roughly equidistant in the circuit of the year, that are set aside for fasting and prayer. These days set apart for special prayer and fasting were considered especially suitable for the ordination of clergy. The Ember Days are known in Latin as the quattuor anni tempora (the “four seasons of the year”), or formerly as the jejunia quattuor temporum (“fasts of the four seasons”).

The four quarterly periods during which the ember days fall are called the embertides.

Make pie dough. Peel onions and cut them into thin slices. Take a pot and bring some water to boil. Add onions to the boiling water and boil them briefly. Throw the water away and dry the onions well and let them cool. Mix together the onions, currants, spices, chopped herbs and a tablespoon of room temperature butter. Mix in separate bowl the eggs and bread crumbs and add them to the filling. Roll out the pie dough to the pie casserole and put the filling on top of the dough. Bake in oven at 200 degrees for about 40 minutes.

Comments by Saara who runs Let Hem Boyle: This version doesn’t include any cheese. But it was perfect without it!