A snack recipe from an ad for Kraft published in 1967 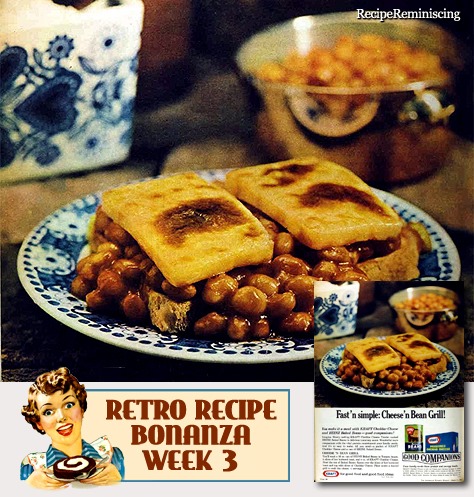 The recipe says to grill the sandwiches till the cheese has melted, but the cheese on the pictures looks only slightly out of shape to me. Melted cheddar tastes great, lukewarm cheddar on the other hand… – Ted

Håkan Håkansson writes in the book: The Bellman Mould is usually said to be a variation of Jansson’s Temptation. But really it’s just the other other way around.

This mould was one of Stallmästargården’s specialties in the 20s and 30s, and became very popular both as hot restaurant dish and a homemade evening meal or a night snack. Jansson’s Temptation eventually developed as a variant of the Bellman Mould.

By browning potatoes and onions, the mould gets a lot more flavour. And it is at its best made with whole anchovies, the ones you clean yourself. And if you like,  pour a little of the anchovy broth over the mould just before you put it into the oven.