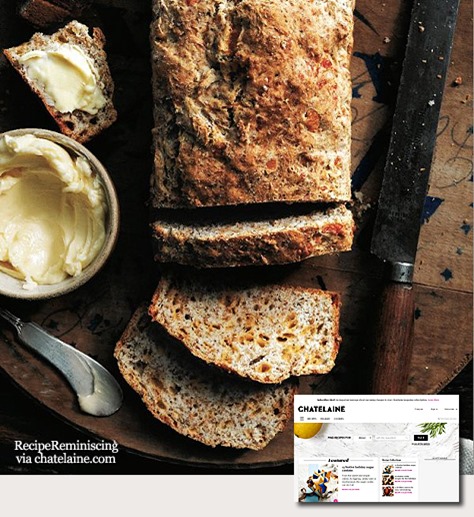 Ward off the winter chill with a steaming bowl of soup and fresh-from-the-oven bread. This tempting, hearty recipe is surprisingly easy – and totally satisfying.

This bread is made with baking soda. Baking soda has become a staple in many households around the world. Not only can it be used for baking as here, but is also a great product to use to clean your home without resorting to using harsh chemicals. Check it out here:

Steak and eggs is a dish prepared with beefsteak and eggs as primary ingredients. It is most typically served as a breakfast or brunch food, although it can also be consumed at any mealtime, such as for dinner in the evening.

Various types of beefsteaks can be used, such as rib eye, strip, sirloin and flank, among others. Additional ingredients may include bell pepper, garlic, onion, butter, salt, pepper, seasonings and others. Accompaniments may include various sauces, such as steak sauce, Worcestershire sauce, chimichurri. and others.

Variations include steak and egg sandwiches, open sandwiches and steak and Eggs Benedict.  A version of steak and egg salad utilizes greens such as arugula, poached eggs and steak.  Vegetarian versions also exist, in which vegetables, such as cauliflower, squash and potatoes, are sliced into thick steaks and served with eggs.

Steak and eggs is the traditional NASA astronaut’s breakfast, first served to Alan Shepard before his flight on May 5, 1961.