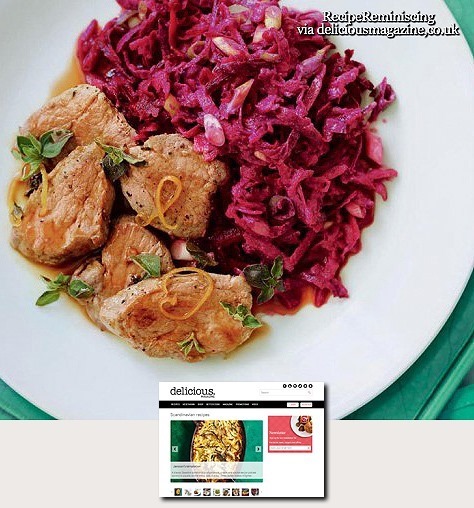 This rustic danish pork and coleslaw recipe has the right
Nordic feel to it. It’s a quick, simple supper for the family. 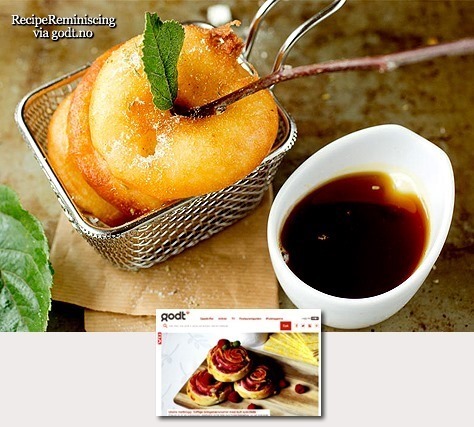 Spicy and golden apple slices sprinkled with fennel sugar and dipped in apple caramel sauce can be summed up with one word: delicious! 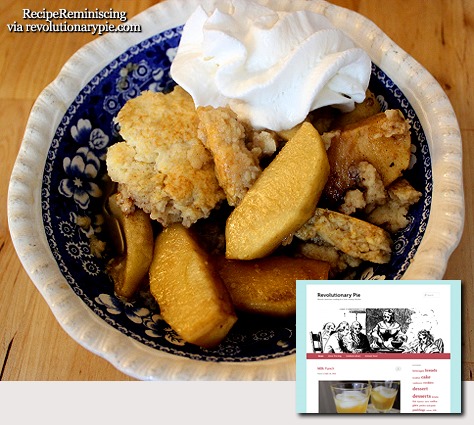 The girl who runs Revolutionary Pie writes: According to John Mariani in “The Dictionary of American Food and Drink”, pandowdy was first mentioned in print in 1805. The dessert turned up decades later in Nathaniel Hawthorne’s “The Blithedale Romance” (1852):

“Hollingsworth [would] fill my plate from the great dish of
pan-dowdy.”

In the meantime, it was supposedly a favorite of Abigail and John Adams, although a recipe I saw attributed to Abigail has a pastry-dough crust, not a biscuit topping. Which is a true pandowdy? I don’t think anyone really knows for sure. 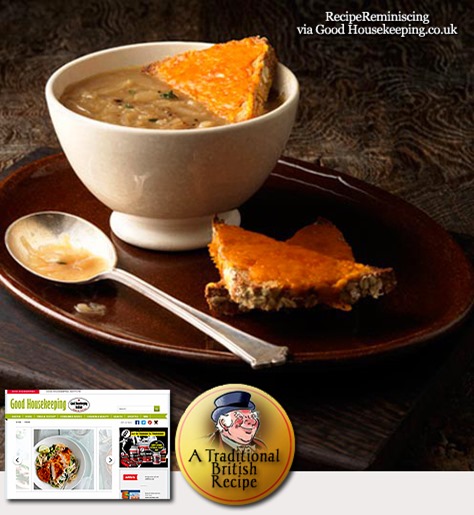 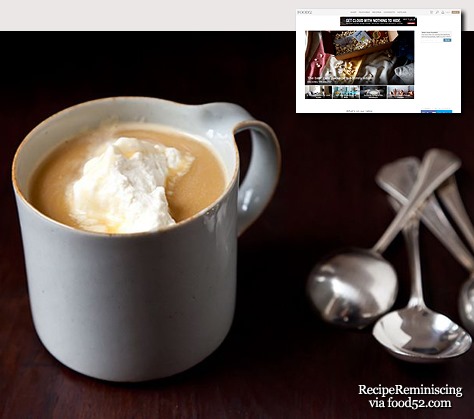 Butterbeer (yes! from the magical world of harry potter!) is meant to taste “a little bit like  butterscotch.” This version is nonalcoholic, so kids can have it too, but for an adult butterbeer you can replace the cider with Woodchuck hard apple cider and add a few glugs of spiced rum for good measure!

A  classic recipe found on about.com/britishfood 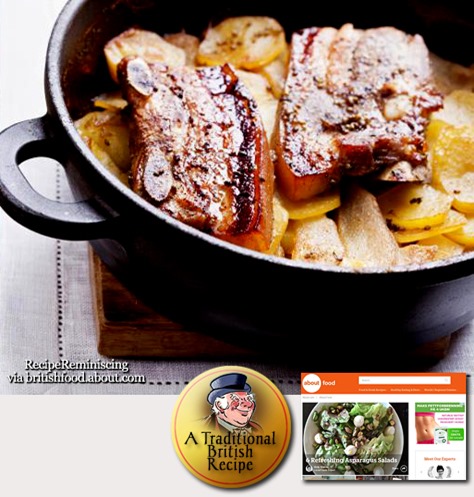 Put pork and cider together with a little mustard and cream and you have a delicious, lovely and light casserole.

This Cider and Pork casserole is very easy to make and makes a lovely lunch dish, or main course for dinner or an alternative Sunday Lunch. Serve with seasonal vegetables and new potatoes, delicious.

Feel free to change the herbs in this dish. I love the addition of a hefty dose of French tarragon as this balances very well with the punch of the cider and the bite of the mustard. If you wish to add your favourite herb please read the notes at the end of the recipe. 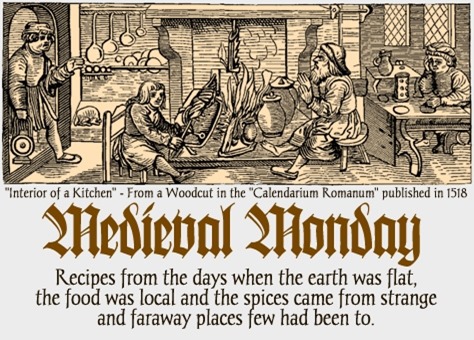 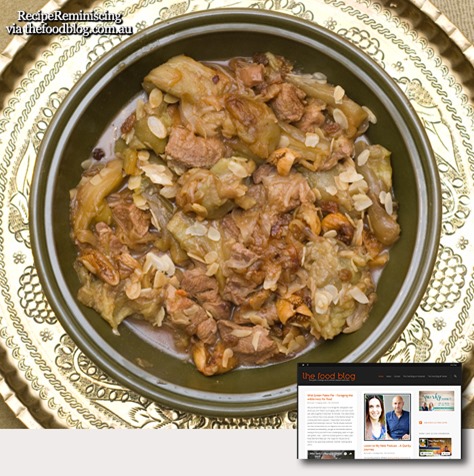 Fouad Kassab who runs The Food Blog writes: When I first cooked this dish, I was overwhelmed with excitement. I felt like a scientist or an archaeologist rediscovering a long forgotten world. And truly, when I tasted the end result, this dish blew me away, exceeding all expectations. The flavours of saffron, dried fruit, almonds and rose water really give you a sense of medieval Arabia. I hope this recipe reaches the thousands of Middle-Eastern chefs out there, and I would love to see al-sikbaj make the remarkable resurrection that it so deserves. So here it goes, my recipe for al-sikbaj, put together after many hours of reading through medieval cook books and attempting to reach the right balance of ingredients. 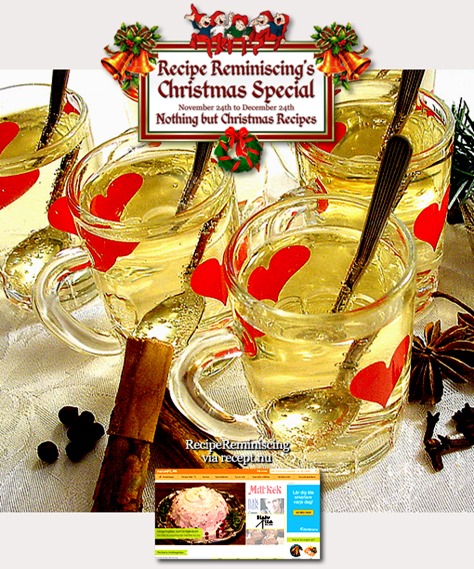 Nothing tastes better or make you feel better than a hot drink on a cold evening. Here’s an alternative full of Christmassy spices for those who are not that fond of mulled wine. Prepare hot mulled cider from any kind of cider of your choice.

And remember, it’s getting colder right now, you don’t have to wait for Christmas to make the first batch 😉 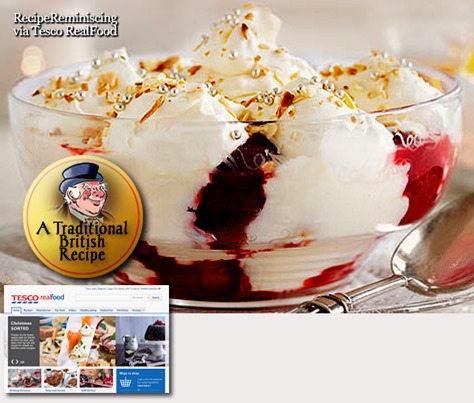 In context:
Syllabub (or solybubbe, sullabub, sullibib, sullybub, sullibub, there is considerable variation in spelling) is an English sweet dish described by the Oxford English Dictionary as “A drink or dish made of milk (freq. as drawn straight from the cow) or cream, curdled by the admixture of wine, cider, or other acid, and often sweetened and flavoured.”

It is reputedly most traditionally made by the milkmaid milking the cow directly into a jug of cider.

History:
Syllabub is known in England at least since John Heywood’s Thersytes of about 1537; “You and I… Muste walke to him and eate a solybubbe.” The word occurs repeatedly, including in Samuel Pepys’ diary for 12 July 1663; “Then to Comissioner Petts and had a good Sullybub.” and in Thomas Hughes’s Tom Brown at Oxford of 1861; “We retire to tea or syllabub beneath the shade of some great oak.”

A later variation, known as an Everlasting Syllabub, adds a stabiliser such as gelatine or corn starch.