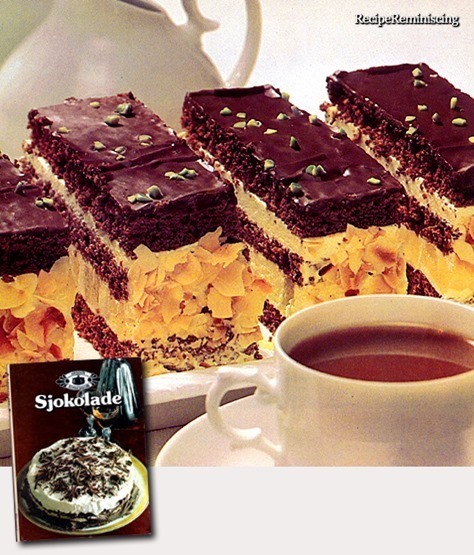 These cakes are made with baking soda. Baking soda has become a staple in many households around the world. Not only can it be used for baking as here, but is also a great product to use to clean your home without resorting to using harsh chemicals. Check it out here:

Grilled sweet and spicy chicken skewers that is so easy to make! Great for the campfire or camp grill! Pineapple, peppers, and chicken grilled together to make a perfect meal.

One of the most decorative ice cream desserts is the parfait. Borrowed from the French, it truly lives up to its meaning, which is “perfection.” The recipes in this section consist of alternate layers of ice cream, crushed fruits, whipped cream, and rich, colorful syrups.

Stephanie Ann Farra who runs ‘World Turn’d Upside Down’  writes: This recipe was cooked for the Historical Food Fortnightly. A yearly challenge that encourages bloggers to cook a historical food every two weeks.

For this challenge I decided to take on a lemonade twist with pineappleade. Pineapples were exotic fruits in the 1800s, mostly grown in Jamaica. They were used for such dishes as ice cream, pudding, pineapple chips, fritters, drinks and marmalade. They were considered a “dessert” fruit and was often paired with sugar. Pineapples, being imports, were not as common as home grown fruits. The first large quantity producing pineapple plantation in Florida was started in 1860 by Captain Benjamin Baker, who was probably accustomed to the enjoyment of them at sea.

When I started this blog back in late 2013 I based a lot of the first posts on old ads and the designer in me has missed that for a while now, so I think I’ll post some of these from time to time again from now on – Ted

If you’re looking to try to get your hands dirty with some
classic French baking, why not start with this pie.

Unless you were stinking rich I guess this was a salad you might have served rather seldom. Four servings of salad made from 8 freshly cooked lobster tail served with fresh pineapple was not cheap ingredients back in 1970, neither are they today.
But man, it looks absolutely delicious.

It is not a pine nor an apple, and it is not native to Hawaii. However, since it was first canned and became a major crop there, we associate pineapple with Hawaii and the tastes of the islands. It has wonderful tenderizing enzymes and goes especially well with pork as well as, seafood, and sweet-and-sour dishes. Of course, there are always plenty of dessert recipes using pineapple.

Ananas comosus is the botanical name of the fruit we know as the pineapple.

Native to South America, it was named for its resemblance to a pine cone. The term pineapple (or pinappel in Middle English) did not appear in English print until around 1664.

Christopher Columbus is credited with discovering the pineapple on the island of Guadeloupe in 1493, although the fruit had long been grown in South America. He called it piña de Indes meaning “pine of the Indians.”

Another explorer, Magellan, is credited with finding pineapples in Brazil in 1519, and by 1555, the luscious fruit was being exported with gusto to England. It soon spread to India, Asia, and the West Indies.

When George Washington tasted pineapple in 1751 in Barbados, he declared it his favorite tropical fruit. Although the pineapple thrived in Florida, it was still a rarity for most Americans.

Captain James Cook later introduced the pineapple to Hawaii circa 1770.

However, commercial cultivation did not begin until the 1880s when steamships made transporting the perishable fruit viable. 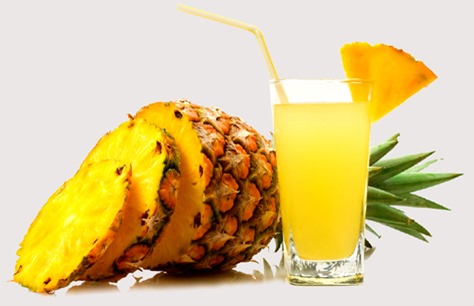 In 1903, James Drummond Dole began canning pineapple, making it easily accessible worldwide. Production stepped up dramatically when a new machine automated the skinning and coring of the fruit.

Pineapple is the third most canned fruit behind applesauce and peaches.

I am a sucker for any dish containing pineapples, canned or fresh. So I’ll be sure to remember this one when the snow and cold is gone and summer is here again – Ted 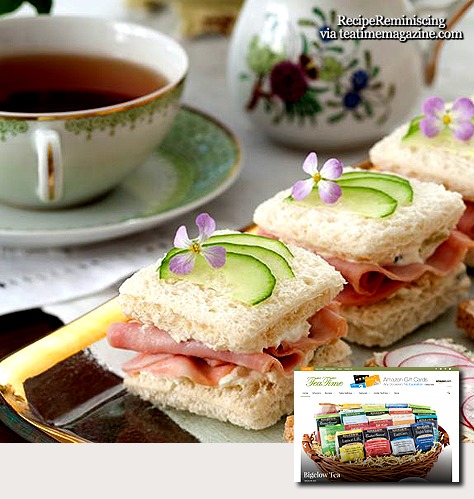 These pretty Ham, Pineapple, and Cucumber Sandwiches,
garnished with thin slices of cucumber, will add a touch of elegance
to your tea table. 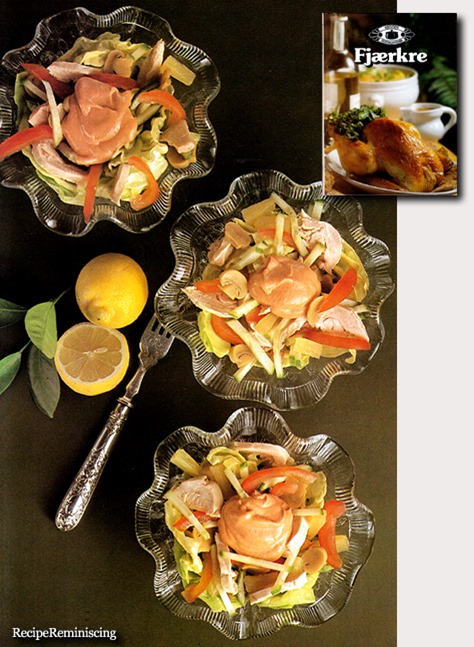 A delicious chicken salad with a spicy touch of the Caribbean.

Make this salad, fill suitable containers with it. Bring it, fresh bread or rolls and something nice to drink to the park, the beach, the woods or where ever you fancy holding your picnic. And remember, have a good time – That’s an order – Ted  😉